Longtime readers of Gildshire Goes to the Movies know that we keep close track of Rotten Tomatoes movie ratings. That’s why we are so excited about this weekend’s new release scoreboard. For the first time in our four-year run of movie previews, Rotten Tomatoes shows a perfect 100 score for more than one new release. Which movies got perfect scores and will one of them be Gildshire Movie of the Fortnight? Or, did we go a different direction? Read on for what we like to call “Record Rotten Tomatoes Week,” at Gildshire Magazines.

Stuber, rated R for violence and language throughout, some sexual references and brief graphic nudity.

Since scores of movies down through history feature taxis and taxi drivers (Are you talkin’ to me?), ride-share services could not be far behind. In this movie, a mild-mannered Uber driver gets into hot water with his Prius and a passenger prone to violence. It stars Kumail Nanjiani as Stu, Dave Bautista as Vic Manning, Iko Uwais, as Tedjo, and Natalie Morales as Nicole. Rotten Tomatoes 48, Gildshire 4.0.

Another first for the Gildshire Goes to the Movies franchise. I don’t believe I have ever typed “bloody creature violence” before. But, I digress. The timing of this particular movie’s release is eerie, as a new storm threatens the Gulf Coast in real life. In the movie version, a woman ignores evacuation orders, because she can’t find Dad. It stars Kaya Scodelario as Haley, Barry Pepper as Dave, Ross Anderson as Wayne, and Anson Boon, as Stan. Rotten Tomatoes 100 (for now), Gildshire 2.8.

The Farewell, rated PG for thematic material, brief language, and some smoking. 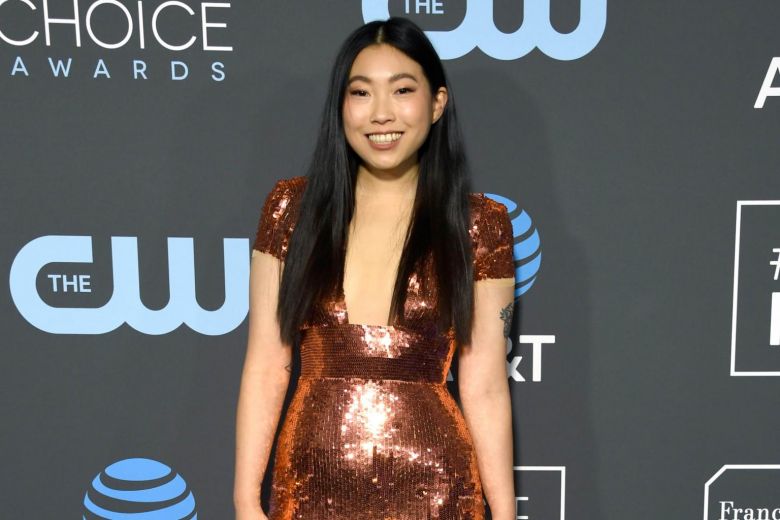 Awkwafina stars in “The Farewell,”Gildshire Movie of the Fortnight.

The world may be shrinking due to air travel and social media, but there are still differences in customs between the East and the West. In this heart-tugging film, a west-raised young lady struggles with decisions that are made about her grandmother’s death. “The Farewell” is a movie that can be appreciated by all ages and multiple cultures. As such, it is the runaway winner of this week’s Gildshire Movie of the Fortnight award. It stars Awkwafina as Billi, Tzi Ma as Haiyan, Diana Lin as Jian, and Shuzhen Zhou as Nai Nai. Rotten Tomatoes 100, Gildshire 4.8.

The Art of Self Defense, rated R for violence, sexual content, graphic nudity, and language.

Jesse Eisenberg has been in some of the most memorable movies of the last ten years, but not always as a lead actor. He returns to the cast list position he first experienced in “The Social Network,” for this movie. He owns it! In this, Eisenberg plays Casey, a man who fears almost every one of life’s many situations. Through martial arts training, Casey changes. Are the changes for the better? See the movie and find out. It costars Alessandro Nivola as Sensei, Imogen Poots as Anna, and Steve Terada as Thomas. Rotten Tomatoes 87, Gildshire 4.4.

Ray and Liz, not rated.

An unflinching look at a group of people wracked by alcohol, neglect, poor hygiene, and parenting skills that are, to put it kindly, lacking. The story’s empathy lands with 10-year-old Richard, who watches it all take place. This one is a very good movie that is hard to watch. It stars Ella Smith, Justin Salinger, Patrick Romer, and Deirdre Kelly. Rotten Tomatoes 94, Gildshire 3.9.

That’s it for Record Rotten Tomatoes week from Gildshire Goes to the Movies, so now it’s time for you  to go see a few movies this weekend, and try the new flavored popcorns featured at AMC Theaters. Until we meet again, here’s looking at you, kid.

History of Ogham Stones in Ireland