The Big Apple! The Great White Way! Everything about New York City bespeaks a larger-than-life persona, flexing its considerable muscle. It is only appropriate, then, that the winner of the 2019 ATP World Tour 250, held on Long Island, is power-serving 6’11” Reilly Opelka. The big man won the title in a taut match last Sunday, defeating qualifier Brandon Schnur 6-1, 6-7 (9-7), 7-6 (9-7). Gildshire’s Lev Radin was on the scene, with photographic evidence of the biggest stories of the tournament.

How Did it Go Down? 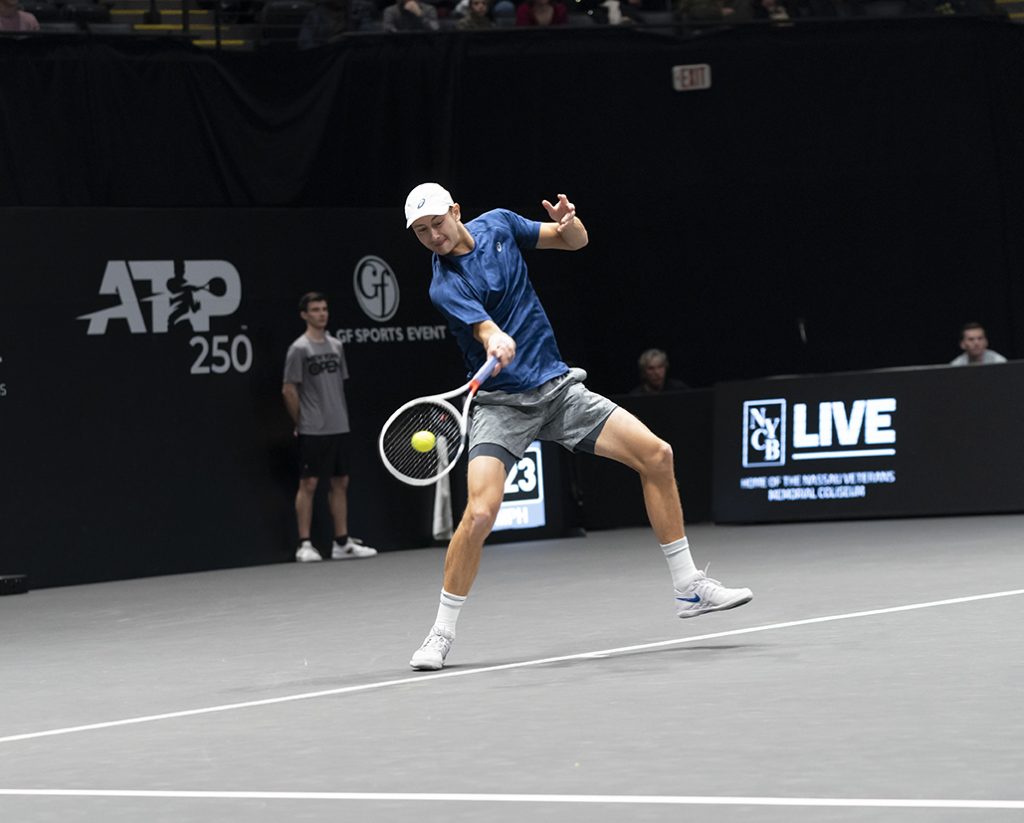 The final stanza between Opelka and Schnur would turn out to be harrowing in more ways than just its close score. An umpire’s call gave a match point to Schnur. But, moments later, an electronic review overturned the umpire’s call, giving Opelka a new life and a new resolve. He used the rush of adrenaline to pound the ensuing ace that would secure his first ATP Tour title.

Opelka’s closely-fought victory over the gutty Schnur was only the last chapter in what was the tennis version of a thriller novel. All week, Opelka fought from behind, or narrowly squeaked out wins in see-saw battles with determined foes.

Case in point: The semifinal between Opelka and top-seeded John Isner, in which the two traded haymakers throughout the affair. They combined for 81 aces, the most ever in a three-set match. Opelka survived six match points to win that one, only to need six of his own in capturing the final. In the Round of 16, Opelka won what was turning out to be a close match with Denis Istomin when Istomin retired with an injury.

The eventual winner’s opening match of the 2019 ATP World Tour 250 would prove to be a dramatic one, as well. Though he eventually subdued fifth-seeded Adrain Mannarino, Opelka had to overcome a lethargic start, dropping the first set 6-1.

In the Grand Scheme of Things…

The effect that the week’s events will have on the world rankings of the finalists will be dramatic. Opelka climbs up the rankings to 56th in the world, and his star is only rising. Observers at the ATP World Tour 250 commented on Opelka’s groundstrokes and overall command of the court. Of such things are Top Ten rankings born.

Brayden Schnur deserves kudos too, even in ultimate defeat in the final. He vaulted to Number 107 in the tennis world after NYC’s ATP World Tour 250. Schnur showed both physical and mental toughness in pushing Reilly Opelka so hard before succumbing to the power hitting big man. The former University of North Carolina Tar Heel established a name for himself and will be one to watch in the not-too-distant future.

What’s Next for These Guys?

Tennis players get very little time off until late-Fall, and such is the case for Reilly Opelka and many of the players who competed at the World Tour 250 in New York. The circuit continues this week across the country at the Delray Beach USA 2019 ATP Singles.