Remembering at Year’s End Those We Lost in 2017

The week between Christmas Day and New Year’s Day is a time to take a deep breath. The frenzied activity of the Yuletide gives way to preparations to say goodbye to the old year. Always a time to look ahead to our hopes and dreams, the New Year is also a time to look back, remembering the 12 months just past.

Each year brings about loss. Some losses aren’t a surprise. A beloved Aunt or Uncle, 96 years of age, passed away. A dear friend succumbs to bone cancer after years of struggle. Is there grief? To be sure, but there is also a sense of celebration of a life well lived or, at least, the end of suffering.

Some losses are tragically unexpected. A child dies from leukemia, or a young adult passes from an automobile accident. Shock and grief mix into a tragic stew of roiled emotions. We feel as if we will never recover, but we do, sadder for the loss, but soldiering on.

The passing of a famous person brings about its own sense of loss. Except in extraordinarily rare cases, we didn’t “know” him or her. However, we feel the loss anyway. Today, Gildshire is in the business of remembering those we lost each month during the course of 2017. We’re listing famous people, but your own list includes losses personally suffered. For those, we add our condolences. 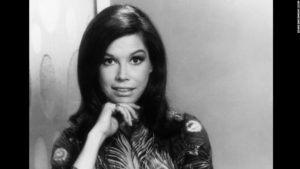 January: Mary Tyler Moore: “She can turn the world on with her smile.” Those were the opening lyrics to the theme song for “The Mary Tyler Moore Show.” They spoke of a lovely and plucky lady, new to Minneapolis, but ready to take on the world on her own terms. Mary Tyler Moore came to prominence as Dick Van Dyke’s Laura Petrie in the 60s. Her work in the two series’ brought Moore five Emmy Awards between 1965 and 1976.

February: Bill Paxton: Most men want to know the love of one good woman. Actor, Bill Paxton was thrice-blessed, at least on screen. His portrayal of polygamist Bill Henrickson on “Big Love” brought up the curtain on plural marriage. Paxton also received top marks for his work on The History Channel miniseries “Hatfields and McCoys.” 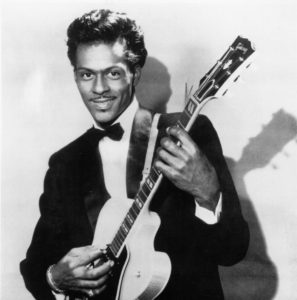 March: Chuck Berry: Only a very few performers can lay claim to a foundation stone for a music genre. Johan Sebastian Bach for classical music. Enrico Caruso for opera. Jimmie Rodgers for country fare. Chuck Berry is a foundation stone for Rock and Roll. A pioneering musician, Berry was an influencer of both the music and the cocksure attitude associated with Rock and Roll. With songs such as “Maybellene”, “Roll Over Beethoven”, “Rock and Roll Music” and “Johnny B. Goode”, Berry refined and developed rhythm and blues into the major elements of the music.

April: Don Rickles: Nicknamed, “Mr. Warmth” by The Tonight Show’s Johnny Carson, Rickles parlayed insult humor into an art form. His acerbic wit came into and fell out of, fashion over the course of his 90 years, but Rickles was never out of work. Over the last 20 years, moviegoers recognize his voice as “Mr. Potato Head” from “Toy Story.” 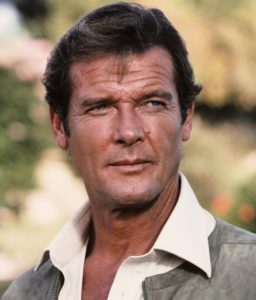 May: Roger Moore: Would you like to start a New Year’s Eve party with a topic that will last until midnight? “Who is your favorite James Bond?” While Sean Connery will get much support from the oldest partygoers and Pierce Brosnan from the younger set, some will name Roger Moore as their favorite 007. Moore appeared in more Bond films (seven) than any other actor.

June: Adam West: If the topic of James Bond starts to go cold, follow up with “Who is your favorite Batman?” Only the oldest in the crowd will remember Adam West, whose television take on the Caped Crusader lasted only from 1966-1968. In his old age, West found a new career outlet as the voice of Mayor West on “Family Guy.”

July: Sam Shepard: Best known for his work on “The Right Stuff,” Shepard’s career began long before that astronaut epic. An acclaimed playwright he was a mover and shaker in the Off-Off-Broadway movement beginning the 1960s, penning such works over three decades as “Curse of the Starving Class,” “True West,” and “Fool for Love.” 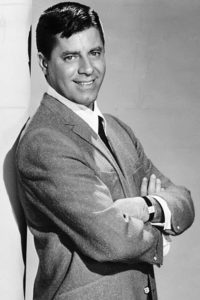 August: Jerry Lewis: Not many of us have two careers for which we receive acclaim and adulation. Jerry Lewis was one of the few. His comedy work, both with and without Dean Martin, is beloved to this day. Later, he headlined the annual Labor Day Muscular Dystrophy Telethon that raised hundreds of millions of dollars for research.

September: Hugh Hefner: Doubtless the most polarizing figure on our list, “Hef” deserves inclusion as a cultural touchstone of the 1960s Free Love movement. Considered pornographic at the time, Hefner’s early Playboy Magazine was tame stuff compared to current cable television offerings. In 1959, Hefner opened the first of what would eventually be 40 Playboy Clubs. In recent years, particularly this one, his image is tarnishing under the harsh glare of the #metoo movement.

October: Tom Petty: One of the troubadours of his generation, Tom Petty (along with The Heartbreakers) sang the song of troubled youth long after their 50th birthday. It didn’t matter to his fans. Petty’s star rose during the 70s when he wrote and performed “Breakdown.” Forty years later he was as popular as ever. Petty arrived on the national scene during the period between the original classic rock era and the arrival of punk. His taut, thoughtful, and heartfelt songs resonated with an audience looking for a new hero. 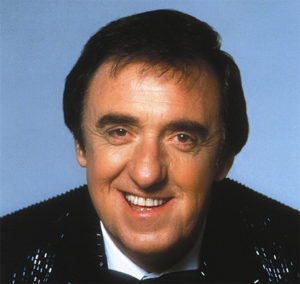 November: Jim Nabors: “Surprise, surprise, surprise.” Those and many other homespun sayings were the hallmarks of Jim Nabors’ genial bumpkin Gomer Pyle. Nabors came to prominence under the guidance of mentor Andy Griffith, but Nabors’ abilities far out-stripped Gomer. An accomplished vocalist, he recorded more than two dozen albums. At least four were certified gold, the most recent of which was “Jim Nabors Christmas Album” in 1990.

December: John Anderson: Third party Presidential candidates seldom get traction. That wasn’t the case for this longtime GOP congressman from Illinois. He bolted his party in 1980 to run as an independent against President Jimmy Carter and Ronald Reagan, receiving 7% of the popular vote, albeit without a single vote from the Electoral College.  A staunch conservative at the beginning, Anderson later moderated his views, advocating for stronger gun controls and against housing discrimination. Before his death this month, Anderson declared the two-party system in America to be dead.

Technology News: The Future of Retail Technology and More