Home » Our World » Requiem For the Clutch Pedal: Demise of the Stick Shift

“Three on the tree?” “Nope, it’s a four on the floor!” “Six-speed, baby!”  “Did you hear the new Camaro has an eight-speed stick? “Eight?” “Yeah!” For 70 years, those were the catchphrase answers to the question, “What’s it got?” (In their excitement car guys didn’t always use proper grammar.) Let’s walk our history with cars back a bit. An automatic transmission, even with a catchy name like “Hydramatic,” was something your Dad drove. You were too cool for that school, that was for damn sure. It’s fun to remember but sad to realize those days are numbered. Read on, for Gildshire’s requiem for the clutch pedal, because the stick shift is on its way out. 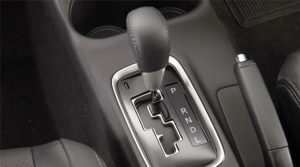 This is the reason for requiem.

This is going to be a rough read for a certain segment of the population. They’re the ones who say, “Oh, you gave up driving” to their friend with a shiny new automatic transmission car in the driveway. For many of us, though, those were words to drive by. We popped the clutch and caught scratch (chirped the tires) in at least two gears, all the while keeping an eye out for John Law. He didn’t like kids to have fun. The clutch was our domain, partly because it wasn’t a cinch to learn. We were part of an inner circle, celebrating winding that baby to its red-line.

How did everything change, and so fast? What happened to our clutch pedal? Just the other day there were rows of standard transmission rides in the car lot. Now, almost none to the point of a…requiem?

A quick survey of local car salespeople reveals the following statistics. Just over 94% of the new cars sold in the last year were automatics. That’s up 14% in the last 12 years! The sea change means dealerships are stocking very few standard transmission vehicles. Already they are more, rather than less, expensive on the sticker. Soon they will be “special order” only. That will be the beginning of the end.

“Okay, fair enough, it happened. But, why did it happen, and so fast?”

Several factors are in play. One has to do with the changing demographics of the car shopper. Another two have to do with technological advances. Finally, a certain crowding factor comes into play. Let’s take them in order.

There are two reasons for the changing demographics. One inevitable and one striking fear into the heart of the industry.

First, as Baby Boomers age, they are less interested in the kind of fun provided by heel and toeing, snap shifting and racing through the intersection. Second, though, is the Millennials resistance to car ownership. Remember, this is the generation that came of age in an Uber while living in an increasingly urbanized environment. Young people today know that the total cost of driving a car runs about $7,500 a year including car payment, gas, upkeep, parking, tolls, and insurance. For that kind of money, Millennials can buy a lot of bus and train tickets, rent a car when necessary and fly all over the country. Meanwhile, new car dealerships serve an increasingly gray-haired clientele whose knees hurt just enough to be okay when the gears change automatically.

However, there are tech things in play, as well. Our requiem is, in part, due to advances in the way cars are built. The modern automatic transmission gets gas mileage equal to that of the standard gearbox. Sometimes, the auto-trans outperforms the manual in gas mileage tests. That never used to be the case, so it wasn’t just the hot-rodders. The prudent and frugal among us always went the clutch route. Today, there are no fuel economy reasons to select a manual ride. 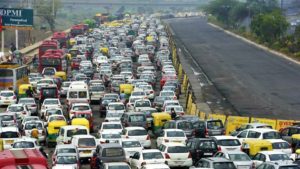 Finally, have you entered a large city in the morning, or exited it that evening? With more cars on the road, and those roads not getting wider anytime soon, nonstop traffic is a way of life for many Americans. If you’re stuck creeping along the highway for two hours a day, having a car with an automatic transmission is a no-brainer.

So, while it isn’t 100% rest in peace, that day is coming for the trusty clutch pedal. It’s a requiem, indeed, old friend. Let me burn 100 miles off my tires in memorium.