She’s solved mysteries from the secret of the old clock to the clue in the crossword cipher, and more. Perpetually in her teens, Nancy Drew has inspired girls since 1930 to use their smarts and spunk in whatever undertaking they attempt. You might be surprised to learn that this classic “girl sleuth” actually originally came from the mind of a man.

Edward Stratemeyer was already a successful man. He had created the The Bobbsey Twins in 1904, and the Hardy Boys in 1927 with his company the Stratemeyer Syndicate. Seeing how girls loved the Hardy Boys books, he decided to come up with a young female sleuth. Stratemeyer took the idea to Grosset & Dunlap and pitched the “Stella Strong Stories,” though he also offered up “Nan Drew” as a name option. The publishers liked that name better, and soon lengthened it to “Nancy Drew.” Stratemeyer went to work right away and drew up several plot lines. He gave them to Mildred Benson to ghostwrite, and the first four books came out in 1930. They were an instant hit. 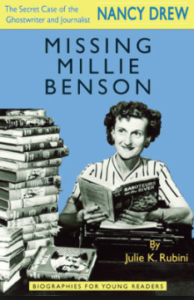 Though Stratemeyer technically created Nancy Drew, Mildred Benson was the real brains. She set the stage for Nancy’s strong, adventurous spirit, and that’s what drew girl readers to the page. Writing under the pseudonym “Carolyn Keene,” Benson wrote 23 of the first 30 Nancy Drew mysteries. For her work, she got between $125-$250, which was three months’ salary at a newspaper. The books didn’t take long to write, so it was a good living.

Since Stratemeyer used ghostwriters, writers were not allowed to provide their real names. The Syndicate received all the royalties, and any fan letters or other press was handled by the office administrator. Writers had little to no rights – when the author of the 8th, 9th, and 10th Nancy Drew books tried to claim rights with the Library of Congress, he discovered that the Syndicate ordered them to not reveal any names. When Stratemeyer died, Benson and the other writers got ? of the royalties from the series they wrote on. Legal battles have ensued. Simon & Schuster, who now published and owns the Nancy Drew and Hardy Boys name, continues the mystery and won’t name its current writers.

The evolution of Nancy

While Nancy Drew’s personality has essentially remained unchanged (minus some odd phases where she’s written as less smart and more skittish), her look has evolved significantly. The first illustrator, Russell H. Tandy, drew her like with a blue flapper skirt suit, cloche hat, and Mary Jane shoes. Nancy evolved with the times, wearing pearls and gloves, and then in the 1940’s, tailored suits. After the war, she ditched a hat and became more casual. Since the first series that ran for 175 titles from 1930 to 2003, Nancy has appeared in comic books, 124 books in “The Nancy Drew Files,” and in “The Nancy Drew Diaries.” 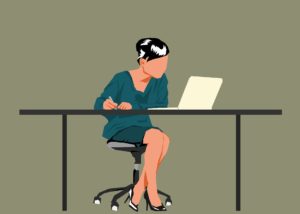 Women of all ages flock to the Nancy Drew games

One of the most popular incarnations of Nancy can be found in video games. Published by Her Interactive, the first game came out in 1998. A point-and-click adventure game, the games are wildly-popular and award-winning. Lani Minella voiced Nancy for 17 years; a new actress takes over beginning with the to-be-released “Midnight in Salem.” The games are available on Mac and PC.

Many successful women have cited Nancy Drew as an early influence. In her senate confirmation hearings, Sonia Sotomayor said the Nancy Drew books given to her represented “boldness and intelligence.” Laura Bush, Hillary Clinton, and Ruth Bader Ginsburg are fans, as well. While there haven’t been any enduring TV or movie adaptions of Nancy Drew, the character of “Veronica Mars” is the closest iteration. Played by Kristen Bell, Veronica helps her PI father solve crimes while navigating life as a sarcastic teen.

Roald Dahl also wrote books for young people, but he had a dark side.