What two people said the following? “Yippee, I’m rich!” “Oh, God, I may have to sleep under the bridge.”  Was it Berkshire Hathaway’s Warren Buffet and Taco Bell’s Harvey Slotnick? Actually, that was a trick question. It was the same person, experiencing the roller coaster swings the stock market has taken in the last couple of months. Up 492! Down 610! Down 344 in the morning, only to recover all its losses plus 123 points in the afternoon! It’s enough to make an investor look for the Dramamine.

Indeed, the roller coaster stock market has some investors running for the hills. Are they wise to do so? Is this the way it is going to be in the future? Or, is there a reason for calm confidence, knowing it will all work out in the end? Today, Gildshire, acknowledged as one of the top online business magazines looks at the gyrating stock market with an eye to the future. In the process, we asked an expert his thoughts on the matter. Here is what we found out.

Remember the good old days, when we could count on the Dow Jones Industrials to float gently upward, as if on gossamer wings? How long ago was that? Actually, it was six months ago and it WAS remarkable. Last year’s baby soft ride was almost unprecedented, at least for that long. But, last year’s gentle climb made investors soft. Now, when things have gotten a bit jumpy, our investing instincts cry “Help!”

“I’m not soft, but these big roller coaster swings aren’t normal. Let’s leave the DJIA aside for a minute. Last year, the S&P 500 moved 2% or more precisely zero times. That’s happened six times so far this year — three up, and three down, including a one day decline of  2.2%!

There’s more to make me sick to my stomach! There were only eight days in 2017 when the S&P was up or down at least 1%. This year, stocks have moved 1% 23 times, and markets are on pace for the most volatile year since the financial system meltdown of 2008. Tell me that isn’t a reason to panic!”

It isn’t. Unlike 2008, the economy is in fairly good shape. And markets aren’t really all that far from where they started the year. The wild moves in both directions have left the S&P down only 3.4% for the year through last Monday’s close. All that while the Dow is down about 4%.” 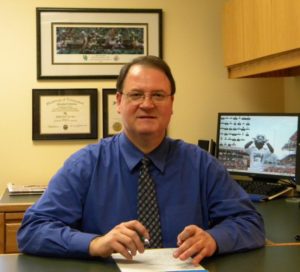 That is precisely why last year was such an anomaly! Some investors think volatility isn’t the norm. Actually, it is more normal than you think. Here is what Charles Fischer has to say. He’s one of the top financial advisors on the west coast and a registered representative with Calton and Associates out of Tampa. Mr. Fischer advises some of the top earners from his offices in  Eugene, Oregon.

“…the markets dropping and rising like they have recently is more the norm than not…Typically you have (on average) one or two 5% drops in a year, along with one 10% drop each year; once every three years you have a decline of 20% or more, so when these things happen—it is not a surprise but expected when investors have the right attitude.

So, should we believe that nothing is happening to give us pause? No, that isn’t the complete story, either. The new Administration may be on the right financial track, but its method of communication is…odd. Governance by early morning tweet-rant is unprecedented. Charles Fischer had some words about that, as well.

” …volatility is common, but the reason for the current volatility is not. Eventually, the marketplace will {adjust} to “the latest” daily proclamation from Trump, and react less.  But again—this is a lot to absorb that the markets have never heard before, and the list of new assertions from the White House emerging over the last four months is quite a long line of “never been heard” by a US President.  So in the process of him trying to solve things—it creates volatility. But I personally do believe we are headed in the right direction. In my belief—barring a trade war with China, or a real war with North Korea or Syria—the US stock market is in for a big BOOM yet.”

So, hang on to your hat, boys, and girls. The roller coaster ride may have just begun.  Keep an eye on the war sabers but, as long as they stay sheathed, the economy should do just fine. Also, keep an eye on Gildshire, your favorite of the top online business magazines. Because, we will keep an eye on what the experts, like the esteemed Mr. Fischer, have to say.