What would you say if I asked for a make of car that says unending luxury and success?” Cadillac, maybe? No, they once marketed the unlamented Cimarron, aka the Chevy Cavalier with the Cadillac price. Porsche, perhaps. Remember the 912? Porsche would rather you didn’t. Do you think Mercedes might be the answer? The W168 A-Class tipped over when it cornered and the W245 B-Class was so unpopular in Europe the company never brought it here. No, Gildshire believes the car that defines luxury is the Rolls-Royce. The name rolls off the tongue like butter on a hot scone. The RR logo, un-reproducible by a common keyboard is a beautiful thing, in and of itself. Well, Rolls-Royce just announced a new baby to their family. Called “Cullinan” it is the first-ever Rolls SUV. As you would guess, the company calls it a “motorcar.” As you would guess, we’re on it. 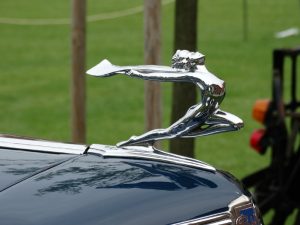 First of all, why “Cullinan?” Frankly, it brings to mind bottled water. Not that there is anything wrong with a bottle of water, but why not Perrier? As it turns out, the Cullinan name comes from the Cullinan Diamond, the largest gem-quality diamond ever found. It weighs more than 3,100 carats. So, we surrender. That’s a very appropriate Rolls-Royce name for what will be a very Rolls-Royce SUV.

“Are there specifics? Can I see pictures?” Not many, and no. In fact, Rolls-Royce hasn’t even announced a debut event for the Cullinan. Some observers think the Geneva Motor Show may be the reveal event. Others, though, think Rolls will make the reveal at a private event. They have done that in the past, and it is a so very Rolls thing to do.

So, here is what little we know for sure, along with what we think. Actual mileage may vary. Our friends at Cnet RoadShow helped us out.

It will be powerful, but almost oddly quiet. In fact, engine displacement numbers will floor observers after they hear how quietly the Cullinan runs.

The Cullinan will be turbocharged. That is something Rolls has been doing for a long time. Doubtless, the interior will be decked out like no SUV you have ever seen. It will probably look like a Phantom VIII wearing high heels.

Other than that, it is a matter of wait and see.  Your patience will be rewarded in due time. Until then, an aperitif?

Best Motorcycles For Under Five Grand