Your favorite automotive news magazine (who reads paper magazines nowadays, anyway?) asked itself an editorial question about the weekly car news the other day. Are we safe drivers? In other words, how can we find out if drivers’ real road behavior matches their declared behavior? In other words, are we self-reporting excellent driving habits, while actually engaging in reckless and/or careless driving? Fortunately, we weren’t alone in our wondering.  According to CNet’s Roadshow, our attention to business behind the wheel may not be the kind of business that leads to safe highways. Here are the sobering statistics gathered from the current batch of weekly car news.

A new report by the folks behind the EverDrive app affirms that Americans need to slow down and get off their phones while they drive. The EverDrive app uses sensors on your phone to determine your driving habits. These sensors include GPS, gyroscope, and the on/off switch on your phone. The app collected 7.81 million miles of driving data last year. The trends that the company discovered are interesting, They are also a bit concerning. 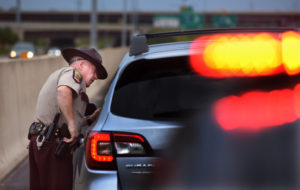 According to EverDrive, we’re addicted to speed. For data analysis purposes, “speeding” is 8+ mph over the posted speed limit. As a group, Americans speed on about 38% of the trips they take. We only speed for 8% of the miles on our trips, but 38% is higher than was anticipated.

Can you guess the next most-common safety issue? Of course, you can because you may be reading this article at a stoplight. That’s right, using the phone. Despite all but one state (*Montana (see below) being the outlier) in the US having phone-use laws on the books, we use the phone on 37% of our trips. Shame on us. We should do better.

Is there a difference in distracted driving issues based on age? As we suspected, there is indeed. About 45% of drivers 16-20 use their phones while speeding down the road. Only 18% of drivers 60 and over engage in this particular risky business.

Are we better about this than we were a dozen years ago when we steered with our knees and shifted with our elbows so we could eat a burger and talk on the phone while driving? We are, but improvement is still possible.

Hopefully, future editions of the weekly car news will yield more promising results. Come on, folks. We learned automatic seat belts were safe after being sure they would strangle us one day. We can learn again.

*In terms of state laws about distracted driving, Montana is still the Wild West, but some cities (Bozeman, Billings, Hamilton, and Helena, to name a few) do have laws against the use of handheld devices while driving. It is also illegal to use handheld devices throughout Silverbow and Deer Lodge Counties. Butte, and Anaconda, respectively, are the major towns in those counties.

Between Two Worlds: Anna May Wong