Approximately 200 bottlenose dolphins and 70 false killer whales have been spotted moving to the western coast of Canada’s Vancouver Island far away from their usual tropical waters.  Furthermore, over on the Atlantic coast new North Carolina sharks have been spotted which is a sight normal for Florida, but not this area. Well, not until now.

These sights could be an accident without any meaning but a marine ecologist Luke Halpin of Halpin Wildlife Research in Vancouver said:

It is obvious that this is more a pattern than one case of dolphins and sharks moving from tropical areas to the north due to a rise of a temperature in the oceans. Researchers suggest that the marine species will migrate again due to a climate change increase in ocean temperatures.

In the last century, average sea temperatures have increased every decade by 0.07 degrees Celsius even though the temperature changes can vary by location.

It is becoming obvious that the climate change already has a great impact on wildlife and animals who are recognizing the differences in temperatures which makes them migrate from one location to another. It remains to be seen what further impacts will be made on our planet before we are forced to make some changes.

The New Horizons’ spacecraft flew by Pluto in 2015 and it gave us the first close-up of the place we consider to be the ninth planet of our solar system. We discovered that Pluto is a fascinating planet with a hazy atmosphere, shifting surface and nitrogen ice.

In a book, Chasing New Horizons, Alan Stern, the principal investigator and chief champion of New Horizon shared his recollection of how planetary scientists got the mission to the farthest known world in our solar system. Alan Stern shares political battles, cancellations, budget woes and competition for the mission of getting closer to Pluto.

It took years for the mission be realized, it took them 26 years from 1989 to 2015 until the New Horizon passed the planet.

Alan Stern has been on 29 different space missions, that include almost every planet in our solar system.

“Only one of them was to Pluto, but that’s the one, maybe the only one, I’m known for. It’s like being on the cast of Gilligan’s Island, they only remember you for the one thing, no matter how much else you’ve done. Which is fine. I love Pluto, no question, but it’s not like that’s all I did in the past three decades.”

Not so long after the New Horizons’ flyby, the planet Pluto was no longer a planet. Scientists believed that the size of the planet is not in line with the measures of other planets in the solar system. However, a planet with the heart-shaped nitrogen ice is remembered and loved which was the main factor in popularizing the findings of the New Horizons’ spacecraft. 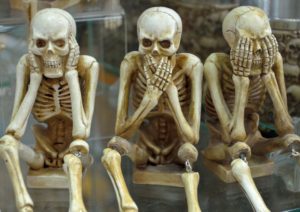 Recently, anthropologists discovered what is believed to be the largest known child sacrifice. The results suggest that around 550 years ago, members of the Chimu empire killed and buried at least 140 children who were between 5 and 14 years old. They also found the skeletons of 200 young llamas.

“There are no other examples of child sacrifices anywhere in the world that compare to the magnitude of this Chimú event.”

There were a few incomplete skeletons, but excavated children skeletons had cuts on their breastbones and they also had dislocated ribs indicating that their chest might have been sliced open. Additionally, three adults were buried nearby, including two women who had severe head wounds, indicating they have a part of the sacrifice.

Scientists used radiocarbon dating of ropes left around llamas’ necks, which puts the event of the sacrifice around 1450, which is shortly before Inca conquered the Chimu empire in 1470. It is believed that agricultural crises triggered by flooding might have to lead the leaders of the empire to sacrifice innocent children to their gods.