Recently, dozens of well-preserved dinosaur footprints from at least 100 million years ago have been uncovered in East Sussex in the UK. Researchers from the University of Cambridge identified at least seven different species in the last past four winters after coastal erosion along the cliffs near Hastings.

The size of the footprints ranged from 2cm to more than 60cm. The footprints are so well-preserved that even the claws and skin scales are easily visible. Researchers have found more than 85 markings and all of them are estimated to be from the Cretaceous period.

The discovered footprints include species such as Ankylosaurus, which is a type of stegosaurus, Iguanodon, and meat-eating theropods.

Hastings is a site of special interest for all fossil hunters. Found fossils include fish, fragments of dinosaur bones, but the footprints were not that common in this area.

The results of the research have been reported in the journal Palaeogeography, Palaeoclimatology, Palaeoecology, authored by Anthony Shillito and Dr. Neil Davies. Mr. Shillito said:

“Whole body fossils of dinosaurs are incredibly rare…A collection of footprints like this helps you fill in some of the gaps and infer things about which dinosaurs were living in the same place at the same time.”

Mr. Shillito added that the footprints showed incredible details, showing the texture of the skin, four-toed clew and scales.

The area where the footprints were found was probably near some type of water source. 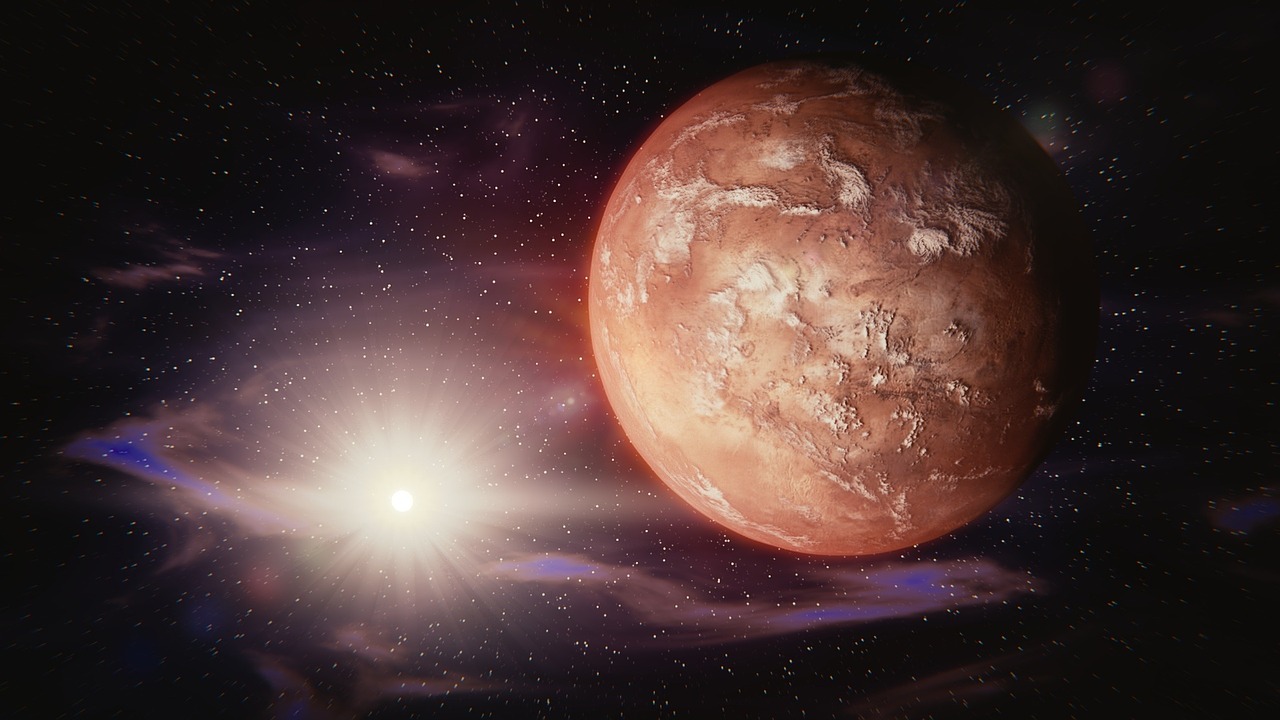 Earth is not the only planet with snow scenes this winter season. The latest pictures of Mars show a winter wonderland on the red planet with a snowy crater.

Pictures from Mars Reveal a Winter Wonderland on the Red Planet

Pictures from Mars reveal a winter wonderland on the red planet and the beauty of the universe we live in.

Earth is not the only planet with snow scenes this winter season. The latest pictures of Mars show a winter wonderland on the red planet with a snowy crater. The snow was detected in the Koroley center which is near the north pole of Mars. The beautiful snowy scene was captured by the European Space Agency’s Mars Express mission.

The snowy crater is 50 miles across and filled with 1.8km thick ice. The area was named after the spacecraft designer and rocket engineer Sergel Korolev, who is also the architect of the Soviet Union’s space program. Mr. Korolev worked on the Sputnik program, which launched the first artificial satellite in the world. He also worked on the first interplanetary missions on Mars, Venus and Moon.

The pictures of the snowy crater are composites made up of shots which were taken by the Mars Express High-Resolution Stereo Camera.

The Mars Express mission is the European Space Agency’s first venture to another planet. The mission was launched on 2nd June 2003, and entered Mars’s orbit on 25th December that year, on Christmas Day.

Thrill-seeking tourists all over the world are putting themselves in serious danger when heading toward volcanoes when they erupt. Often times, they put in danger the lives of those who work at the emergency services when they have to go rescue volcanos tourists.

A recent report from the Royal Geographical Society warns about the growing risks caused by popular volcano tourism. Volcanos, once they erupt, are too often unpredictable and dangerous more than volcano tourists believe.

Tourists in countries such as Iceland often attract tourists who rush there to get closer to an exploding volcano. Emergency authorities in Iceland are often alerted by the volcano tourists.

The recent study published by the Royal Geographical Society says that tourists often fail to understand the seriousness of the risk of getting closer to an exploding volcano.

The study is written by geographer Amy Donovan from the University of Cambridge, and she says that volcano visitors can create dangerous problems for rescue services.

Volcano tourists are trying to get closer to an erupting volcano to have the physical experience of hearing, seeing and feeling the heat of a volcano.

Dr. Amy Donovan says that such people are fascinated by the power of volcanos and they are often attracted by the intense experience of exploding volcanos. Dr. Donovan warns all the volcanos tourists:

“You can breathe the gas, hear the sounds the earth is making. They want to get closer to feel the power of the earth.”

Antidepressants In Our Water Are Messing With Animals

Climate Change, Beer, and What Can Be Done To Save America’s Favorite Alcohol