A research on suicide is trying to track changes in suicidal thinking providing preliminary insights identifying those who are on the verge of trying to kill themselves. The research results can strengthen the prevention strategies. Interestingly enough, digital technology made the investigation possible. Researchers are using smartphone applications to alert people report their suicidal thoughts.

A rise in suicides has been detected in the past 20 years and the main cause of suicide is depression. The recent suicides committed by Kate Spade and Anthony Bourdain have attracted attention to the problem.

David Klonsky, a psychologist from the University of British Columbia said:

“The field of suicide research needs to move away from its obsession with long-term risk studies.”

The results can give the immediate heads-up sign on the most immediate danger and detection of any suicidal thoughts.

The researchers are working with 51 adults from online forums which are related to suicide and self-harm. They are also working with 32 adults hospitalized at a Boston psychiatric facility for severe suicidal thoughts or for recent suicide attempts. All volunteers carried smartphones with an app that prompted them four times a day, to rate the intensity of their current desire to commit suicide. 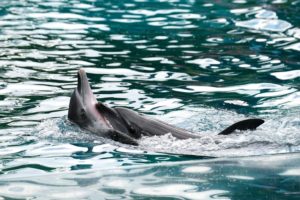 May studies have proved that dolphins are extremely intelligent. But can they feel grief? Grief is a complex emotion that includes a lot of cognitive and emotional factors. Grief is a reaction to the permanent and severe loss of a strong social relationship or family bond. Many scientists proved that this complex emotion is noticed in the behavior of chimpanzees, baboons, and elephants.

When an adult dolphin emerged from the Mediterranean Sea in 2016, nudging, pushing and circling the carcass of the dead female companion for more than an hour, a boat of scientists noticed and taped the observed behavior. However, was it grief or some other type of response.

In a new research, scientists have attempted to get at the bottom of this mystery in dolphins. Whether it’s a mother carrying a dead infant on their backs or like in a previous example the behavior of a dolphin which could be described as grief over the dead body of its companion. It has been a matter of discussion for the past 50 years at least. There are many videos and photos of this grief type of behavior.

Scientists from the Dolphin Biology and Conservation in Pordenone, Italy analyzed 78 scientific reports in the period from 1970 to 2016 which were describing “postmortem-attentive behavior.” The study suggests that grief like behavior can evolve in animals who have complex and large brains like dolphins.  However, scientists could not state that their behavior can only be described with the feeling of grief and the question of dolphins’ grief like behavior stays open. 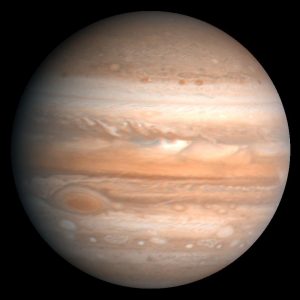 In 1979, Voyager 1 revealed lightning on Jupiter, however, something about the spotted flashes didn’t make sense. It seemed that the radio waves from Jupiter’s lightning bolts didn’t reach the usual high frequency that is emitted by lightning on Earth.

It seems that the Juno spacecraft has helped solve the mystery. The radio waves have a similar frequency range as lightning on our planet.

There is another twist, Jupiter’s lightning may have a similar frequency as lightning on the Earth, but it is more focused at the Jupiter’s poles instead of nearer to the equator as it is on the Earth.

Shannon Brown, a researcher at NASA’s Jet Propulsion Laboratory in Pasadena, California, and lead author of the new study said: “Jupiter continues to surprise us.” The main reason behind the difference in location of the lightning is linked with how the two planets distribute their heat. While Earth receives most of the heat from the sun focusing its heat around the equator. Jupiter is from the other side much farther from the sun, while creating heat internally.

The Richest Celebrities in the World