Can Environmental Engineer Mayor of Mexico City Change Anything?

Environmental engineer, Claudia Sheinbaum Pardo became mayor of Mexico City after the elections, earning 50% of the votes in the race between seven candidates. She will take office on the 1st of December 2018.

Citizens of Mexico City are more than excited about having a new mayor who happens to be an environmental engineer. Claudia Sheinbaum Pardo feels the excitement of the city:

“It’s like I’m an actress, or someone actually famous!”

Only three years ago, she worked as an environmental engineer at the National Autonomous University of Mexico. Three years later she became mayor of the city with nearly nine million people.

This is a great combination of science and politics which is very much needed in the 21st century. Claudia Sheinbaum Pardo considers herself to be a researcher first. Her work was mostly focused on engineering and energy science with a great focus on climate change and vehicle emissions in Mexico and abroad.  She is a member of the Mexican Academy of Sciences and a former member of the United Nations Intergovernmental Panel on Climate Change (IPCC).

She has an unique position to understand and fight the problem of the megacity especially when it comes to public transportation and water crisis. For many, it will be an interesting thing to see a scientist as a mayor in Mexico City and the impact that this might have on the improvement of environmental changes in Mexico. 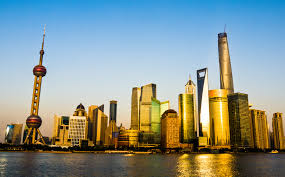 In the past 50 years since the Cold War, the scientific research program has become a high priority for the United States. The government established the Department of Defense and National Science Foundation, afterward spending on science increased to $35 billion in 2015. Fifty years later, we can say that the investment and increased budget paid off very well.

Current data suggests that the US continues to be the lead country by a wide margin when it comes to investments in scientific research for the past century. The countries behind the US are China, Germany, and the United Kingdom. However, even all three countries combined still contribute less to science than the US alone.

The recent data shows that the US is losing ground however. China is on the rise when it comes to their current investments and their plans for the next couple of years. With the current pace, China could surpass the US within seven years. This is not surprising for many. Since 2007, researchers have been pointing out that China’s economic growth can have an impact on their worldwide influence on science and technology. It seems that China is growing fast. According to a report from 2010:

“The United States appears to be on a course that will lead to a declining, not grow, standard of living for our children and grandchildren.” 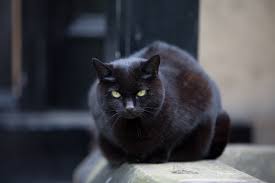 Black cats, breaking mirrors, number 13 and walking under ladders! Almost 25% of people in the US consider themselves superstitious. Even if you don’t consider yourself to be superstitious, you probably say “bless you” every time someone sneezes. Now, that’s considered to be polite, but our ancestors believed that the devil could steal your soul when you sneeze. Superstitions go so far that some buildings don’t have a 13th floor, where they prefer to label it as 12 B or 14A. Even big companies are trying to cater to their superstitious clients and buyers. Airlines such as Lufthansa and Air France don’t have a 13th row. Lufthansa also does not have a 17th row since in some countries like Brazil and Italy that’s considered to be an unlucky number.

Why are we superstitious? Scientists believe that people are more often superstitious when they are trying to reach for control over certain things in their lives. If I don’t walk under ladders, I will have a good day and if I break a mirror I will be unlucky for seven years and I lose control over my life. These examples are simple but behind every superstition, there is a story of control. How to gain control? How not to lose control? And, whose fault is it when I lose control?  We are all superstitious at times, but it should never be an excuse for our mistakes.

The Lone Star Tick Has A Beef With You