However, when light material such as hydrogen settles close to a planet’s iron core, it can block dense materials from sinking deep enough to keep convection going.

Joseph O’Rourke, from Arizona State University in Tempe, said: “Too much hydrogen and you can shut down convection entirely. Hydrogen is a heartless killer.” He suggests that hydrogen is coming from water locked up in Mars and its minerals. Mars is rich in the minerals which do not bond with water and that’s why Mars is a relatively dry planet.

Mars had a magnetic field more than four billion years ago and scientists have struggled to explain why and how it disappeared, leaving Mar completely vulnerable to solar wind. Previous studies have suggested that the magnetic field on Mars has disappeared rapidly over the past 100 million years.

James Roberts from the Johns Hopkins Applied Physics Lab in Laurel, Md. said: “It may take many more sophisticated Mars missions to figure out what really happened.” 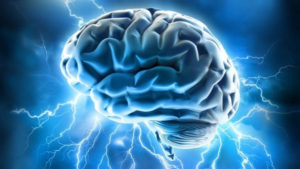 The brain is the most complex and unknown part of the human body. Science has a better understanding of the brain than it did a few decades ago, however, our knowledge of the brain is still not nearly sufficient.

Scientists have tried to compare humanlike brains, trying to understand it better. A new study suggests that there are some patterns of the surface of modern chimpanzee brains similar to ancient southern African hominids.

MRIs of modern chimps reveal similarities in the shape and location of certain brain features. The study has shown that surface creases are similar to the ones from ancient hominids who lived hundreds of thousands of years ago. This means that brain reorganization was underway as early as three million years ago. The similarities were mostly found in the frontal part of the brain.

Scientists examined eight chimps, and in one chimp they found a pair of grooves corresponded with the grooves found on Homo naledi endocast which was described last year as humanlike. This species inhabited parts of southern Africa approximately 300 000 years ago.

The findings are somewhat controversial and they strongly support the idea of evolution. Not only that, but the researchers show that Homo naledi might have had a capacity to feel pride, to have other complex social emotions and maybe verbal communication.

The specific areas of the brain’s creases and folds relate to its inner structure such as the possibility of speech and language. Additional research needs to be done to prove that humanlike beings had the ability to talk and think more than 300 000 years ago. 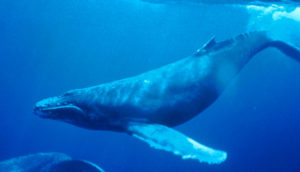 Why Are Whales So Big?

An interesting question to ask is why whales are so big? Examining the body size of not only whales but other ancient and modern mammals has proved that mammals living in water have a specific body size that must be big enough to stay warm, but small enough to feed themselves.

This leads us to think that the size of a mammal is different in water than it would be on land. This finding from Stanford University suggests that size is restricted by the importance to heat themselves and feed themselves as well. Whales are getting big, but not too big for their environment.

Why are other mammals not as big as whales? Well, seals and sea lions are somewhat related to dogs, but whales are more related to hippos.

Co-author of the study, Jonathan Payne, a professor of geological sciences at Stanford’s School of Earth, Energy & Environmental Sciences said: “Many people have viewed going into the water as more freeing for mammals, but what we’re seeing is that it’s actually more constraining. It’s not that water allows you to be a big mammal, it’s that you have to be a big mammal in water — you don’t have any other options.”