Are we alone? Whatever the answer might be to that question, it’s a scary one. We are trying to find any form of life out there in the universe, but have not had much success. NASA, the US space agency, will soon launch a telescope that will look for thousands of planets beyond our Solar System.

The mission is called the Tess mission and it will go up on a Falcon rocket from Cape Canaveral in Florida. Its main task will be to survey the entire sky including stars and planets over the next two years. The scientists’ plan is to build a catalog of nearby stars and their planets which can’t be detected by other telescopes.

The Tess mission is following the footsteps of Kepler, which was a groundbreaking space telescope launched in 2009. Kepler used the same technique to confirm more than 2000 exoplanets. However, Kepler looked at a very small sample of the sky and so many detected discoveries were far away or were too dim for other telescopes.

Jennifer Burt from the Massachusetts Institute of Technology (MIT), which leads the Tess mission said about the mission: “We’re expecting to find 2,000-3,000 planets that are certainly below the size of our Jupiter and most of them below the size of Neptune; so, the ones that have the potential for being terrestrial, for being rocky.”

For the first time, the global shipping industry has agreed to be a part of the climate change deal by cutting the emissions of greenhouse gases. The move to change things comes from the International Maritime Organization (IMO) in London.

Previously, shipping has previously been excluded from all climate change agreements. However, under the recent deal, emissions will be reduced by 50% by 2050 compared to levels of emission in 2008. What we did not really know is that shipping generates almost the same quantity of greenhouse gas as Germany and if global shipping were accounted as a nation it would be the world’s sixth largest emitter. Some believe that the deal to reduce gas emissions by 50% seems to be unrealistic.

Just like aviation, global shipping has been excluded from all the climate change negotiations since it is an international activity.

The shipping minister from the UK, Nusrat Ghani, described the agreement as “a watershed moment with the industry showing it is willing to play its part in protecting the planet.”

To meet the target, ships may need to operate more slowly in order to burn less fuel. Also, new and innovative vessels should be introduced and engines should be cleaner by being powdered with hydrogen or batteries. 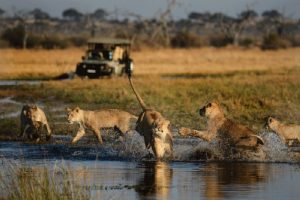 Being Popular in the Animal World Could be a Disadvantage

The most popular animals could be in more danger than the less popular ones. This is because we want to see them in a zoo where they are trapped, and we show more interest in them which can be perceived as a disadvantage.

So, which animals are considered to be popular and charismatic? Lions, tigers, lions, and elephants often appear in advertising, and you can’t imagine a good zoo without one if not all of the listed animals.

Often times, the popularity of certain animals may lead us to think they are prospering in the wild and that they are not in any danger.

According to a study the most charismatic animals are tigers, lions, elephants, giraffes, leopards, pandas, cheetahs, polar bears, wolves and gorillas.

The lead author of the study, Dr. Franck Courchamp said: “There is a regular claim that the most charismatic species are diverting most of the time and resources (in conservation). I started wondering whether this was true and followed by better results in conservation.”

The study proved that charismatic animals are more dangerous than the ones that we don’t even notice.

Health News: Brain on a Diet, Autism and Career Burnout