You probably don’t want to encounter a shark as long as a bowling lane with teeth bigger than a human hand. The chances are you will no longer see the predator called Megalodon. This is the biggest shark that ever lived and it went extinct approximately 3 million years ago.

According to “The Meg” movie, one Megalodon is lurking somewhere deep in the Pacific Ocean. Although this is fiction, Megalodon was real and the largest shark that ever lived. The fossils date back to 15 million years ago, however, evidence of the shark vanished around 2.6 million years ago.

If we continue to be skeptics, we can say that oceans cover 71% of the Earth’s surface. How do we know that they really went extinct? Maybe they are somewhere deep in the ocean, hiding from us?

Still, scientists are sure that the sharks are extinct. Based on the fossils found we can determine that the sharks lived and they are gone. Not finding shark’s teeth dated in the past few hundreds of thousands of years is a good sign that they went extinct a long time ago. Also, their preference for warm waters means they would probably not hide in the deep and cold depths of the oceans.

Scientists are pretty confident that the big Meg is a long time gone. However, it would be interesting to see the movie exploring the possibility of them being alive, lurking in a deep ocean.

Our Ancestors Died Because They Were Lazy 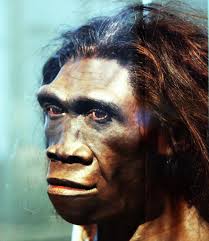 Many of us don’t feel like getting out of the bed in the morning. Laziness is hard to fight in the 21st century. Many things could be done but we fail to do them. According to scientists our ancestors had the same trait and early humans actually went extinct because they didn’t put enough effort to stay alive.

An archaeological research in the Arabian Peninsula suggests that Homo Erectus, a species of primitive humans, were able to make tools and to collect resources.

However, it seems they did not put enough effort into developing strategies to survive which got them in trouble once the environment started changing.

According to Dr. Ceri Shipton, a lead researcher from the Australian National University School (ANU) of Culture, History, and Language, said:

‘They really don’t seem to have been pushing themselves. I don’t get the sense they were explorers looking over the horizon. They didn’t have that same sense of wonder that we have.”

The study was published for the PLoS One scientific journal. In order to make stone tools, they would use any rocks available around the camp, not paying attention to the quality of their tools. Materials of high quality could be found within a short distance. The environment around them changed but they were using the same tools and did not change their behavior or tools to be more in line with the new conditions.

From the other side, early Homo Sapiens were willing to climb mountains to find good quality stones. I guess that’s why we are here. 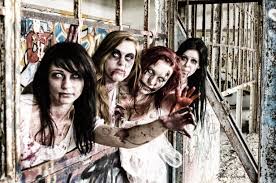 Could We Detect Zombies Before a Potential Outbreak?

Viruses are scary, hard to detect and capable of spreading quickly. It’s important for them to be detected easily before they even get a chance to infect a lot of people.

Failure to detect a deadly virus early could prevent an outbreak similar to The Walking Dead scenario.

According to Aronoff-Spencer, scientists developed technology to detect viruses rapidly and accurately:

“It’s technically possible today to have blood test results in less than 30 minutes.”

This doesn’t mean that we would detect a previously unknown virus easily. In that situation, it might take days to figure out the origin of a new virus. Needless to say, by that time it would be too late to prevent an outbreak.

Even with the current new technology, according to Aronoff-Spencer, we could not detect a theoretical zombie virus before a deadly and dangerous outbreak occurred.