Science News: Space Octopuses, Our Interest in Science and Spiritually

While we are looking for aliens, they might live right here on Earth. Scientists suggest that octopuses evolved on another planet before they arrived on Earth as “cryopreserved“ eggs hundreds of millions of years ago. As you can imagine, this is a radical research.

The new research was co-authored by a group of 33 scientists and the Progress in Biophysics and Molecular Biology journal.

Researchers suggest that the one explanation of the sudden flourishing of life during the Cambrian era which is often referred to as the Cambrian Explosion, lies in the stars. Our planet Earth was bombarded by organic molecules from space.

“The genome of the Octopus shows a staggering level of complexity with 33,000 protein-coding genes more than is present in Homo sapiens. “Its large brain and sophisticated nervous system, camera-like eyes, flexible bodies, instantaneous camouflage via the ability to switch color and shape are just a few of the striking features that appear suddenly on the evolutionary scene. “

One independent study suggests that octopuses are capable of learning by observing others. They have been posted assembling coconut shells and using them to create a shelter. Scientists believe that this is probably the closest we will come to meeting an alien. 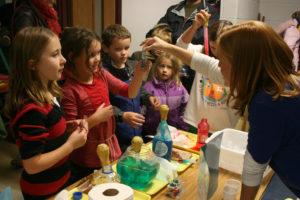 A Fading Interest in Science

The recent news about the US limited access to Chinese researchers was pretty much unnoticed. It seems that foreign immigrants and students might not be welcomed in the United States. This reflects our trust in liberal academic and public trust in science. People often do not believe in scientific researchers and theories. Even more, science is preserved as difficult and not understandable to the common man. People are often scared to even think about studying science.

In the United States, young people are not interested in technology and science especially when it comes to science and advanced education. The interest in technology is somewhat still there among young people in the United States, but science is not popular at all.  From the other side, foreign students are ready to fill the openings which are created by the lack of interest of American youth. However, it seems that they might not be welcomed as immigrants, students, employers and people who are ready to move the world of science forward.

What we fail to understand is that the ban on Chinese students will not restore the interest of Americans in filling these positions with our own students. If we want to reclaim our position a world leader in science and technology, we need to raise the popularity of science in the United States. We need to work on projects and ideas that will make science more appreciated, understandable and popular among young people. 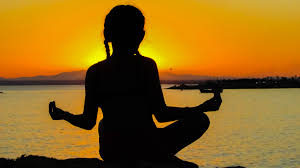 Often times, science and religion are perceived as mutually exclusive. However, researchers believe that both fields can provide us with valuable knowledge.

The conflict between science and religion started when science began to explain the world around us. Often, the explanation was opposition to what religions were preaching.

Tony Jack, director of the Brain, Mind and Consciousness lab at Case Western Reserve University, believes that our difficulty reconciling science and spirituality comes from our brain wiring:

“The brain evolved so that we have different ways of thinking suited to different sorts of tasks.”

Tony Jack connected people’s brain to MRI to see what parts of the brain would light up when they would be asked to solve a problem about understanding a social situation or when they were asked to solve a physics problem. It seems that we have two different neural pathways, one that has an empathetic mode and the other one has an analytical mode. This is the main reason why we are not able to connect the scientific and spiritual approach easily. We need to stop thinking about science to connect with our spirit or stop thinking about spirituality to understand a concept.

This was the observation from Immanuel Kant and it makes sense when we examine a human brain.

How A Genealogy Website Caught The Golden State Killer