The findings of a new study prove that teens across the country are trading their sleep for more screen time. Researchers have analyzed data from 370 000 teenagers who live in the USA. The results of the survey suggest that the hours spent using a smartphone have dramatically increased between 2009 and 2015. In 2015, four in ten teenagers have reported sleeping seven hours which is 17% more than teenagers from 2009.

Experts agree that teenagers between 12 and 17 need approximately nine hours of sleep, and if they don’t get enough sleep, their body and mind will feel the consequences. Jean Twenge, a psychologist from the San Diego University in California and lead author of the study, said: “Lack of sleep is linked to depression, anxiety, poor school performance and obesity.”

Jean Twenge’s findings suggest that teens are spending more time texting, watching videos and using social media than they did a few years ago. Teens who use smartphones and iPads at least five hours a day are more likely not to get enough sleep. The light from electronic devices can have a significant impact on body’s natural rhythm and make it harder for teens to fall asleep.

Furthermore, the study suggests that teens are less likely to stay up while watching TV or finishing homework. Explainer: The teenage body clock 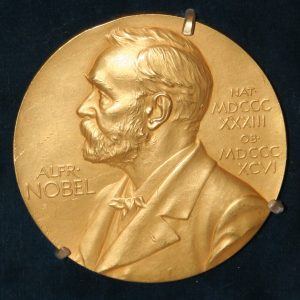 The president of the United States was highly criticized during the recent Nobel Prize ceremony.

Michael Rosbash, an American researcher who shared the Nobel Prize this year for medicine, has openly criticized political developments in the United States.

While receiving his award in Stockholm, he said: “We benefited from an enlightened period in the postwar United States. Our National Institutes of Health have enthusiastically and generously supported basic research … the current climate in the U.S. is a warning that continued support cannot be taken for granted.” The federal budget proposal for 2018 created by the USA president, Donald Trump calls for cutting the science funding budget by approximately billion dollars. Rosbash addressed the issue of immigration in the USA: “Also in danger is the pluralistic America into which all three of us of born were born and raised after World War II…Immigrants and foreigners have always been an indispensable part of our country, including its great record in scientific research.”

Nobel prize winners addressed their concerns about the current political climate in the USA and its impact on the world. Trump’s politics on immigration and nuclear weapons have been highly criticized by winners from all over the world.

Rosbash has been honored for his work on circadian rhythms or better known as the body clock. 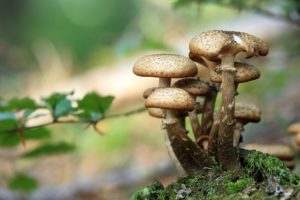 How to Identify Edible Mushrooms?

If you are walking through a forest, it’s hard to identify the edible plants from the poisonous ones. To distinguish poisonous mushrooms from edible ones, you first need to define a specific mushroom. Learning how to identify an edible mushroom is like determining a difference between grapefruit and orange. Recognizing the size, smell and color of a mushroom is an essential thing.

If you take a closer look at the button mushroom, you will notice it has a classic mushroom shape; it’s white and relatively small. From the other side, wood ear mushroom has a brownish color and thinner shape, but they are also edible.

It’s important to understand that poisonous and edible mushrooms can have the same look, size, and shape. There is no simple rule! The first thing you have to do is give it a name. For starters, you should talk to people who know more about poisonous mushrooms, and who are more experienced.

Also, looking at photographs from a book or website is a great start, but the best first-hand experience is talking to experts. Also, a good rule for beginners is to avoid mushrooms with a red cap or stem, or mushrooms with white gills. You might be missing out some tasty mushrooms, but what’s more important is you won’t be picking the poisonous ones.

Most importantly do not consume mushrooms if you are not 100% sure of what you are eating.