written by Gabriela Golumbovici May 30, 2018

Wikipedia seems to have the answer to all trivia questions, including those questions we might have while writing a paper.

Wikipedia has hundreds of thousands of scientific entries which can offer us a quick reference. The website is considered to be a gold mine for science fans, bloggers, and even scientists. It is a free and widely available source of information for anyone who has an internet connection. Knowledge is right at our fingerprints, we just need to know where to search and what site to open, and Wikipedia seems to be the main choice for many.

There is a reason why teachers in high schools and college talk about Wikipedia as something that is not a citable source. After all, anyone can edit Wikipedia and articles on the site can be changed from day to day. It seems, even though teachers warn students about Wikipedia, they are using the site themselves.

Doug Hanley, a macroeconomist at the University of Pittsburgh said:

“Academics use Wikipedia all the time because we’re human. It’s something everyone is doing. ” 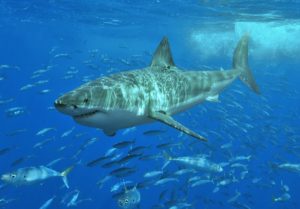 Why are We Afraid of Sharks?

It’s a fear common among all swimmers around the world. The big, several feet long fish, with rows of sharp teeth lurking in the water and waiting for prey. Remember the movie Jaws from the summer of 1975? The film is a great story about a shark that terrorizes a calm and peaceful seaside community. If Hollywood wants to play safely while making a scary movie, they should always go with sharks. No matter what, sharks are always scary.

The question is where did the fear of sharks come from? How far back does it go? The fear of sharks is not irrational, and it’s not all about Hollywood movies that immortalized sharks as mindless killers. Sharks have several rows of up to 300 teeth that can easily shred through their prey.

We are afraid of sharks because they could kill us and being eaten alive by a tiger shark seems like a painful way to die. That’s why we are afraid of a shark attack. However, you are more likely to die under a falling vending machine than you are to die from a shark attack. Still, fears do not match facts, and fear of being attacked by a shark is more about our own emotional response than about facts and reality. 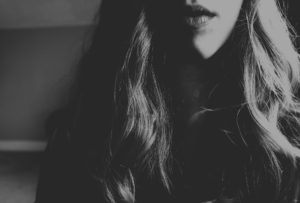 Why Are Compliments Embarrassing?

We all have experienced that feeling of embarrassment when someone gives us a compliment.

According to Oriana Aragón, an assistant professor of marketing at Clemson University:

In one study it was established that 68% of people associate recognition with embarrassment. Why?

The main issue seems to be that we don’t know how to respond. We are taught from an early age that boasting is not polite and when someone is doing the boasting on your behalf, you feel that you have to violate a social norm by accepting the compliment or denying the compliment and feeling awkward about it. For many of us, both options are not comfortable.

Embarrassment can be dealt with easily, all you have to do is learn how to accept a compliment and say: “Thank you,” and give a compliment back if you feel that’s the right thing to do in that particular situation.

Herbal Medicine: Not A Pseudoscience