When my friend texted me about our weekend plans, I didn’t expect her to say, “Do you want to go to a drag show with me?!” My response: “Of course!” We ended up going to the Darcelle XV Showplace, the West Coast’s longest running drag show. The host, Darcelle XV as played by Water Cole, is currently the Guinness world record holder for oldest working drag queen. He just turned 87 this past August.

A star is born

Cole’s journey to drag icon began in the late 1960’s. He owned a coffeehouse where he fostered live music acts ranging from folk to acid rock, and eventually opened an after-hours jazz club in the cafe basement. After selling the place because of urban renewal, he used the money he’d received as compensation to buy an old tavern in 1967.

While refurbishing Demas Tavern, Cole came to a personal revelation: he was gay.  While Cole remained legally married, he’s now been with his partner Roxy Neuhardt for nearly 50 years. Together, they decided to showcase drag performers at the new bar. Cole donned the Darcelle persona, which was a far cry from the “crew-cut and horn-rimmed glasses” look he’d had while working at Fred Meyer before his coffeehouse days

The 1970’s was a turbulent time for the gay community. Cole’s drag show was a bit hush-hush, even in the relatively-accepting Portland, Oregon. It served as a safe place during the AIDS crisis and in the 1990’s, the bar fundraised in the fight against an anti-gay ballot measure. 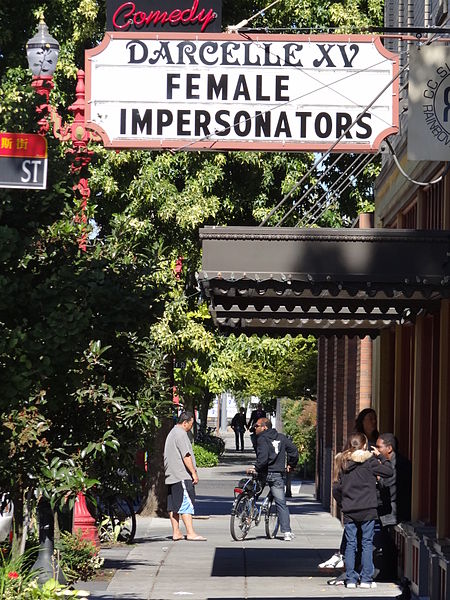 A brief history of drag

Before continuing with Darcelle’s story, let’s pause and look at the history of drag. For centuries, women were excluded from the theater completely, so all female roles were played by men. Drag as we know it, with its deep connections to the gay community, didn’t begin emerging until the 1930’s when the concept of “homosexuality” became scientifically-recognized. While female impersonations by straight (mostly white) men continued in the public eye, the “drag queen” as we know her performed underground clubs and private parties.

In the 1980’s and 1990’s, the drag scene exploded into the spotlight, especially in New York City. Events like the annual Wigstock drag festival began and the first really famous queens pop up, like Divine. In 1989, RuPaul appeared in the “Love Shack” music video and began building a empire. In 2009, “RuPaul’s Drag Race” premiered and became the modern face of drag. 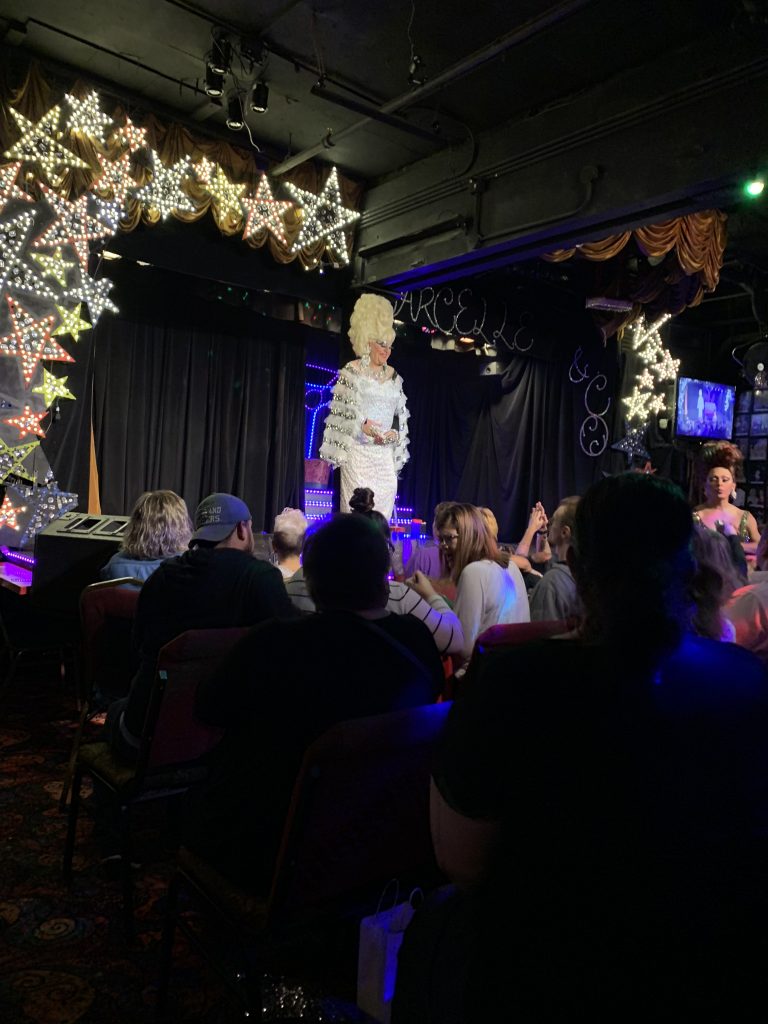 During three decades of change, Darcelle performed in Portland. Throughout the course of her career, she has hosted fundraisers, officiated weddings, written a memoir, and had a 2008 movie made about her, all while performing six shows a week at the Showplace.

What is the show actually like? Titled “That’s No Lady, Darcelle XV,” the 21+ show features a handful of queens and one male performer. Like most drag shows, the queens lip-synched high-energy hits like the Pussycat Dolls’ “Hush, Hush,” Missy Elliot’s “1, 2, Step,” and a Meghan Trainor medley. Darcelle appeared a few times on stage to tell jokes and chat with the audience. She can’t participate in the dancing anymore, but the love of performing and the audience is clear. If you want to learn more about Walter Cole and Darcelle, check out “Queens of Heart” on Netflix, which takes a look at the psychology of a drag queen, or buy Darcelle’s book Just Call Me Darcelle, available on Amazon.

Drag queens often participate in beauty pageants such as Miss Gay America. For many years, child beauty pageants were also popular, but that history is much more disturbing.

Top 8 Ingredients To Use This Autumn (That Aren’t Apples)