“If you prick us, do we not bleed?” – William Shakespeare, The Merchant of Venice

What is happening to the food we choose to eat? We have come a long way since the days of hunting and gathering some 10,000 years ago, or have we? There is the paleo-diet of today, and many think we should be consuming much less meat and more unprocessed vegetables, even going back to gathering wild, edible plants. On the other hand, major food corporations and even local entrepreneurial chefs are using food technology to invent new kinds of foods that we could not have even imagined a few years ago.

Food fads come and go even if change is never easy. What may have once been considered standard fare, may disappear before we know it. For example, for those who consider themselves to be a meat and potatoes kind of person, well, they may soon be an anachronism. With the ever-growing world population, the idea of meat-centered meals is becoming less tenable in a sustainable world, not that meat is going to completely disappear anytime soon in our diet. For those of us who are used to our dinners being based around a main course of meat, such as a baked ham, how do we transition to having at least some of our dinners centered around a vegetable dish? That is where recent food technologies come in that may ease this inevitable change. We may even be going through a food revolution with these new foods coming on the market. I do not mean necessarily going completely vegetarian, but changes are coming in how we prepare more plant-based foods and even what kinds of meats we eat.

First, there are plant-based, protein-rich foods that mimic meats. Tofurkey, with the brand name “tofurky” starting in the 1990s, and other vegetable protein-based meat-like substitutes were just the beginning. In addition to soybean and wheat-based protein (which, yes, means gluten), nutrient-rich whole grains, like quinoa, amaranth, chia, and sesame, as well as pea protein and numerous other legumes, brown rice, millet, carrots, onions, celery, almonds, to name just a few plant ingredients plus coconut oil to simulate meat fat, are being added to ground meats or replacing meat entirely. Leep Foods, based in Rochester, New York, cultivates gourmet mushrooms, such as blue oyster mushrooms that may be used as an additive to ground meats to improve their taste and nutrition while using less meat. “Fried chicken” made from jack fruit instead of chicken is now on the market, as is fishless tuna and even caviar using seaweed, and portabella jerky, just to give a few of an ever-growing list of examples. 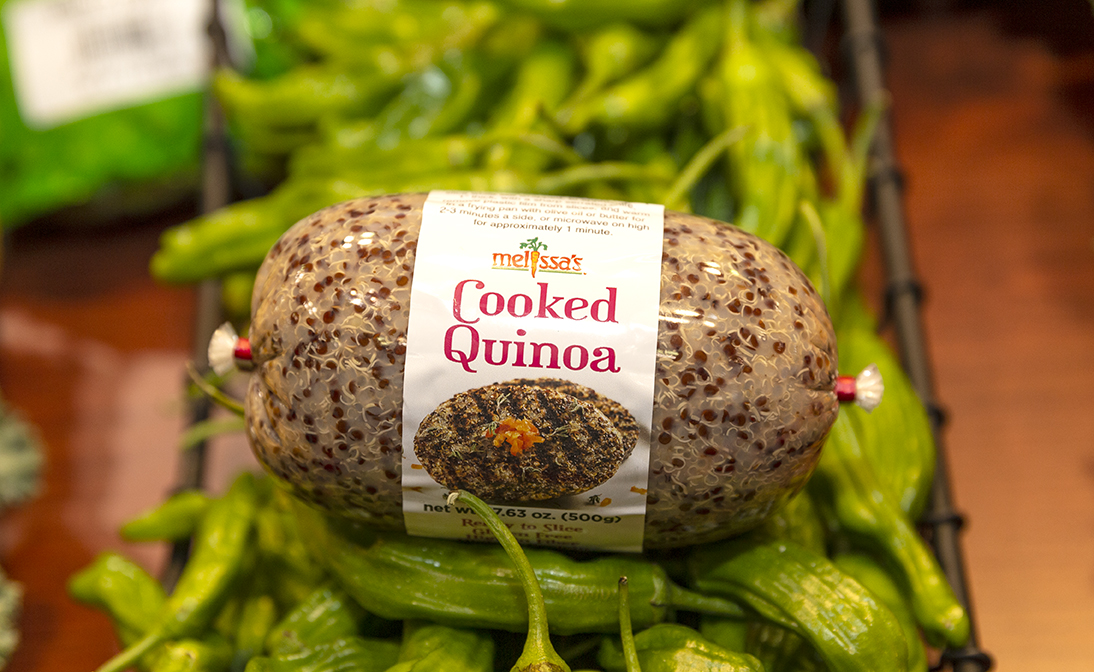 There are even plant-based burgers available in supermarkets that are so realistic they ‘bleed!’ As long as this faux meat replicates the look, smell, taste, and cooking experience of real meat, a dedicated carnivore may be convinced to switch but this could also be a turn-off for the vegetarian. The “blood,” by the way, comes from added beet juice.

“Do we really want to spend research dollars to make plant-based foods realistically bleed like meat?” asks Will Horowitz, executive chef and owner of New York City’s highly acclaimed Ducks Eatery and author of “Salt Smoke Time: Homesteading and Heritage Techniques for the Modern Kitchen,” published this year. Will is taking a different tact. He has a unique background in preparing wild game for cooking and smoking as well as foraging for wild fruits, vegetables, and mushrooms, while sustainably farming seaweed and oysters. And he knows about cooking more traditional meats, having had grandparents who were in the deli business.

Over the years he has been successfully cooking more plant-based meals at his restaurant. A couple years ago, he posted on the Web a picture of a “smoked watermelon ham” that really looked like a baked ham. It received 100 million views world wide! The recipe is in his book and on the menu. It is attractive enough be the showpiece at the table of former diehard meat-lovers and help them become “flexitarian,” that is, mostly plant-based with only occasional meat in the diet.

Will has been experimenting with cooking hundreds of different whole fruits and vegetables using the same traditional techniques he has used for preparing meats. This includes the following processes (and multiple combinations of): “fermenting, curing, quick pickling, poaching, steaming, smoking, dehydrating, frying, grilling, and roasting.” In his book are also recipes for “watermelon radish bresaola” and “smoked and charred carrots with watercress,” which purportedly taste like hotdogs.

From a local chef to giant fast food industries, inroads are being made in producing more plant-based foods. Companies, such as Impossible Foods and Beyond Meat are supplying meatless patties and breakfast sausages to the fast food market.

In another direction, there are bio-engineered, laboratory-grown meats that originate from animal cells rather than from living, breathing, penned-up or pasture-raised animals. These products are still under development and not yet commercially available but promise to be soon. It is uncertain how the public will react to these products, and how they will compare to meats from butchered animals. 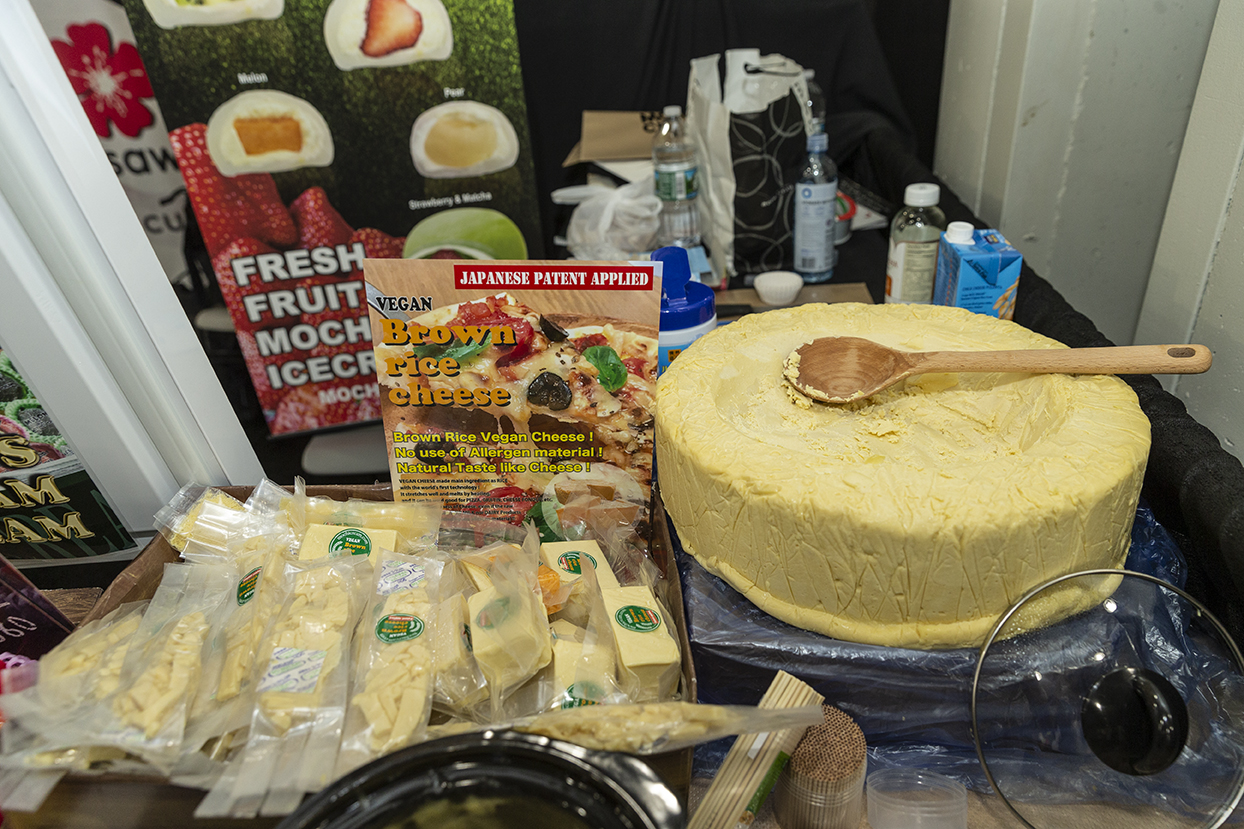 Another route is the introduction of new kinds of animal-based foods, specifically the eating of insects or entomophagy. While it is generally considered taboo to eat insects in North America and Europe, they are widely consumed in Mexico and most other countries. Attempts are underway to change people’s opinion on this since insects are very efficient at converting plants to a protein-rich food with minimal environmental problems, unlike with livestock. A few farms in the U.S. are raising grasshoppers for human consumption since people tend to be less squeamish about grasshoppers than they are of other insects.

Another change that is happening in our diet is the increased use of plant-based so-called dairy products. The plant industry has come up with a number of ways to make vegan analogues to cheese and milk, which is important to those who are lactose-intolerant while again decreasing the detriment to the environment associated with large-scale dairy farms. According to data commissioned by the Good Food Institute and the Plant Based Foods Association, alternative milks now make up 13 percent of the milk market. In contrast, plant-based meat alternatives comprise only around one percent of the market, although that is expected to increase as more plant-based innovations come along and the price of meat rises.

Plants that are used for making plant-based milks started with coconuts, which essentially have been around forever. Now we have many mostly nut-based milks, including almond, hazelnut, walnut, cashew, and the macadamia nut. Grains and seeds, such as oat, barley, soybean, and the increasingly popular hemp are also being used.

The ultimate goal is for all of us to live more sustainable lives in our environment, which involves reducing our meat consumption. But nothing matters if the food is not made delicious.

“Look deep into nature, and then you will understand everything better.” – Albert Einstein