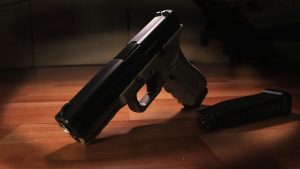 For years, people have been trying to build smart guns. As far back as 1999, Smith & Wesson was developing a smart gun upon request by the US government. Now, smart guns are technically available, but they’re so fraught with politics and technical questions that it’s unlikely everyone will be packing one anytime soon. What exactly is a smart gun? And why aren’t they everywhere?

A smart gun – also known as a personalized gun – is a weapon with technology that only lets it fire when an authorized user activates it. The hope is that this will prevent accidental shootings, especially by toddlers,  and police deaths should their gun be wrestled away from them. President Obama openly advocated for more support of smart guns, and investors in Silicon Valley even offered a $1 million prize to anyone who could think up new technology. 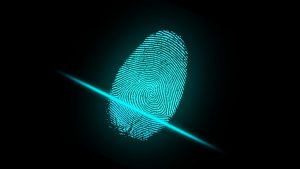 Fingerprint tech would prevent strangers from firing the gun

Several companies have implemented features like fingerprints and radio chips. Kai Kloepfer, who was an 18-year old MIT student when he created his smart gun, used a fingerprint sensor. It could be programmed to hold more than fingerprint, so the owner could decide who would be able to fire it. Another company called iGun Technology adopted a magnetic spectrum token. This allowed their 12-gauge shotgun to be only be fired when activated by a ring, which the owner would wear.

One of the latest smart guns comes from the German company Armatix. They created a 9mm semiautomatic pistol, which is the most popular gun for both police and civilians. Armitax calls it the iP1. The user wears a wristwatch that activates the gun using radio frequencies. These chips are called RFIDs, or, radio-frequency identifications. The watch needs to be within 10 inches of the gun in order to work. There’s even a smartphone app, which lets the gun fire at a longer range. As if that wasn’t enough, the pistol grip has a PIN pad, so if a user doesn’t want to use the watch or phone, they can enter the correct code to fire the gun. The iP9 is scheduled for a demonstration with police this summer, and the company hopes the gun enters production in 2018. 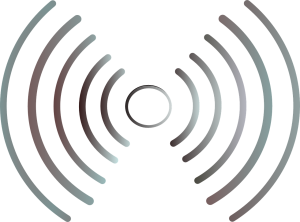 Radio waves can be hacked and jammed, defeating the purpose of a smart gun

Will this be the smart gun that enters the mainstream? Many people say: no. At the Defcon hacker conference this year, a hacker named “Plore” revealed he had found lots of security vulnerabilities in the iP9. All he had to do was jam the radio signals, so even if the watch is connected and close enough, the gun won’t fire. He was also able to extend the radio signals, so anyone with the gun could fire, even if the watch was more than ten feet away. Worst of all, Plore successfully hacked the gun with cheap, store-bought magnets that he stuck on the gun’s barrel. This allowed him to fire the gun even without the watch. He basically turned the smart gun into a “dumb” gun.

It’s problems like this that has made society skeptical of smart guns. It also hasn’t helped that powerful groups like the NRA have lobbied aggressively against them. Their fear is that the availability of smart guns will make every kind of gun illegal. This is based on a law in New Jersey that forbade any other gun sales as soon as smart guns were ready in the US. This has made stores extremely reluctant to sell guns like the iP9. To get a gun for his demonstration, Plore had to try several stores before finding one that would order it for him. When stores have tried to sell the gun, the NRA and other pro-gun protesters have boycotted them and even issued death threats. Given this lack of acceptance and technical flaws, it will be a long time before smart guns are widely-owned.

How To Eat Healthy On Vacation