‘Solo’ Box Office So Low it Rocks the Movie World

Beginning with May 25, 1977’s original “Star Wars” has been an ATM for George Lucas and his production house backers. The “A long time ago in a galaxy far, far away” theme captivated fans of the genre like no other film in history. Star Wars may not have invented the marketing of gear to go along with a movie, but it refined the practice. For 41 years now, “I’m your father, Luke” has been part of the national lexicon. That’s why what we are about to report comes as such a shock. The weak box office for “Solo” is a settled matter. Solo may well be the first film in Star Wars to lose money.

How did this happen? Star Wars’ canon is inviolable. As it turns out, it isn’t, and reports are leaking out of Hollywood that the next movie may be scrapped or delayed. 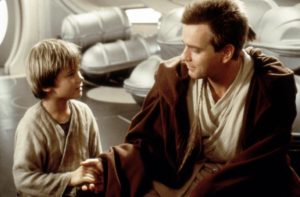 These words are chaos for people who trust in The Force as a constant, faithful presence in their lives. Not since Anakin wore a bathrobe has anyone doubted the future of this franchise.

Disney is trying to keep their corporate jaw firm on the issue. They want to say this fervent outcry isn’t new. But, industry insiders tell Gildshire that The House of Mouse was better able to weather attacks back when it was undefeated. This weak effort by “Solo,” after a disappointing Holiday season for Star Wars gear means trouble. People are asking a difficult question: Is Star Wars becoming…boring?

Like everything that performs poorly, from politics to movies, some want to blame social media. To wit:

“Every Star Wars movie is divisive because of the passionate fan base,” said Shawn Robbins, a chief analyst at the movie/entertainment research company Box Office Pro. “It’s more apparent with social media making those voices louder and bringing them forward.”

Disney acquired LucasFilm in 2012. The price was a cool $4 billion. Since then, there have been production hiccups from the Coruscant to Tatooine. Worse, rather than staying in-house the hiccups have burst out to the public in an embarrassing way. Since 2014 the films have been plagued with reshoots and rewrites. Combine those with turmoil throughout the chain of command along with director changes and the whole system seems to be unhinged. 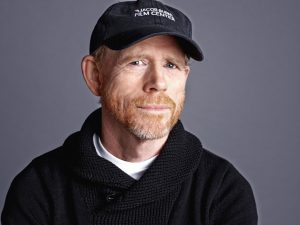 For “Solo,” Disney fought against its problems in a big and impressive way! The company turned bad rumor into good news when it changed course mid-production, bringing in the can’t miss name of Ron Howard to be the replacement director. Surely, Howard’s name and cachet would turn the dice from snake eyes into 7s and 11s.

But, this week’s box office totals prove the gamble didn’t pay off. Disney is looking at $50 million in losses on “Solo.”

When asked the hard questions Disney says it won’t comment on the Star Wars chatter. But, the uncertain future of the series weighs heavily in the head office.

What is certain, though? Put kindly, “Solo” received lukewarm critical reception. Critical pans and near-pans begat meh audience reactions. Are future Star Wars forays dead? No, but the sci-fi King’s bejeweled crown is askew. That hasn’t been the case since the words first scrolled up the screen at the beginning of the franchise. If that crown falls, the financial crunch echoes throughout the retail market, both domestically and internationally. It also reverberates in the travel industry. After all, people don’t fly to theme parks with failed movies as cornerstone attractions. They don’t buy unpopular gear, either.

Star Wars has meant a lot of things to a lot of people for a lot of years. Many of those people want to know what comes next. Gildshire will join the rest of the anxious watchers in search of answers on a planet not so very far, far away. May the Force be with us all.

The Woman Who Ruled The Mongol Empire