Home » Sports and the Covid-19 Pandemic: What We Think

The question Gildshire is asked more than any other (except have you washed your hands?) is when do you think the sports will come back? Many things make it a hard question. All of the leagues are at different places on their schedule. Medical experts are still warning us. The President is pushing for an Easter open, but the governors are pushing back. That said, we looked at each league to hazard a guess as to the status of its next season. Here is what we think about sports and the Covid-19 virus. 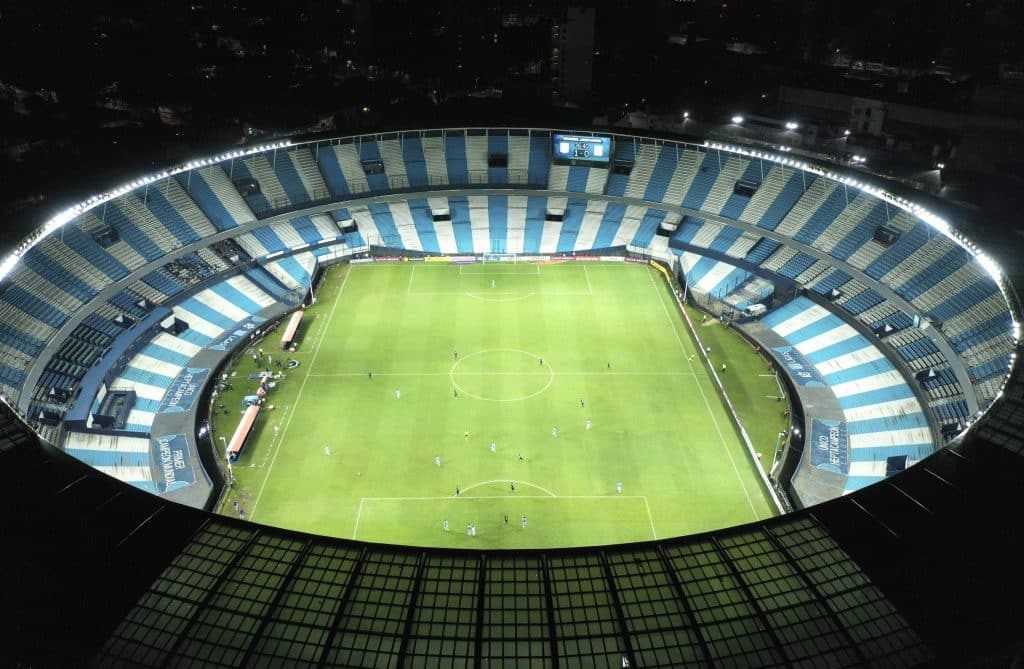 This stadium, empty of fans, is a stark image of what has happened to sports and the Covid-19 virus.

The NBA was 64-65 games into their season when the virus brought everything to a halt. That game total represents about 78% of the regular basketball season. The NBA has the most apparent path ahead. Enough games have been played to give legitimacy to the season if it goes straight to the playoffs. Since the season ends in late-June, little would be lost, and some gained, by pushing into the slower sports months of July and August. In a worst-case scenario, the NBA playoffs would only be competing against regular-season baseball. We predict the NBA will crown a champion.

The NHL was 85% finished with its regular season. In some ways, it is in the same situation as is the NBA. The National Hockey League will almost certainly discard the rest of the regular season when it gets back to the ice. However, the ice itself may raise an issue. In warm weather months and cities in the south, the ice tends to degrade in the spring. Imagine the slushy conditions when the mercury hits 110 outside. Deep summer hockey in places such as Atlanta, Dallas, and the Los Angeles basin may not be possible. We predict the NHL will have playoffs, providing things are back to normal in a month.

The MLB season was set to open tomorrow (Thursday, March 26). It was going to be the earliest Opening Day in league history. Instead, it will be the latest Opening Day in league history, if it gets to open at all. The owners are talking about a full 162 game season, but that seems like a pipe dream to us. The MLB Players’ Association isn’t going to agree to piled-up double-headers without significant roster increases to keep players fresh and healthy. This is a hard one to call. Will it be 162? Or none at all. Gildshire is a little bit pessimistic, since 17% of the league plays its home games in California, and Gov. Newsom is taking a hard line, as he should. We think the 2020 season may not take place at all.

National Football league, and the NCAA:

“No problem,” you say. “Those are fall sports.” Well, it isn’t quite that simple, especially for the NFL. “OTA”s, or Organized Team Activities, start immediately after the draft, which is scheduled for Thursday, April 23 through Saturday, April 25. The player draft can be phoned-in (depriving Las Vegas of millions in revenue, but, oh well.), but teams get hinky about OTAs. Much less training camp! However, necessity is the mother of invention, and we think Commissioner Goodell and the teams will work those things out and start the season on-time, Sept. 10.

The collegians’ spring and summer schedules are just as crowded. The “spring game” that teams schedule to conclude spring practice has been canceled across most of the country. Spring practice itself is on its death bed for this year. So far, the NCAA hopes to open fall practice the first week in August, as per usual. We predict the NCAA football season will begin on time.

How sure are we about any of this sports and the Covid-19 business? We feel pretty confident predicting hockey and basketball. We’re okay with our football crystal ball. Baseball is the hardest to predict, partly because of the length of its season and the sheer number of games to play. It’s a new world, folks! Sports and the Covid-19 pandemic are new, as well.

Why Eating Too Much Fruit Is Bad For You