Stolen: The Changelings of Ireland

Ireland is one of the most beautiful places in the world. Rolling green hills, misty seashores, and ancient cities all harbor centuries of history and superstition. One mythic creature, the changeling, haunts Irish lore in a way few other stories do. What are changelings and how have they influenced society? 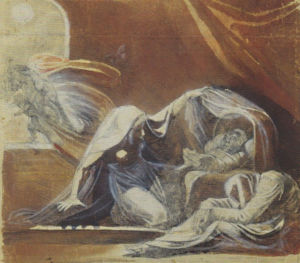 Beware of the fairies

It’s not easy being a mother. When the fairy folk are around, it’s even harder, because the evil fairies want to steal your new baby. Why? Fairy babies were ugly, apparently, and fairies craved beauty. Some legends stated that the fairy population needed more genetic diversity, and a human sex slave could provide that. Others say that the fairies literally fed off the child for nourishment. The more beautiful, the better, so pretty babies were especially vulnerable. New parents left pieces of iron near the cradle, since fairies hated the metal. A blessed crucifix could also help, or a piece of clothing belonging to the father.

Looking at a baby with envy, which the Irish called “over looking the baby,” put the child in the fairies’ power. They would sneak into the human’s house and swap out the infant with an old, dying fairy. Sometimes, they would just leave a bundle of sticks enchanted to resemble a baby, and in a few days, the “baby” would die, leaving the parents none the wiser. If the baby had been switched out for an old fairy, called the changeling, parents could figure it out based on a few clues. The changeling would look odd and behave strangely. They would reject affection, cry all the time, and always stay frail and sick no matter how much they ate. 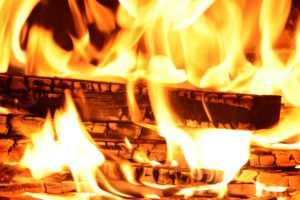 What to do if you have a changeling

If parents realized their baby had been swapped out, there were things they could do to fight back. For some reason, changelings think halved eggshells are hilarious. Placing them around the changeling or filling them with water causes the fairy to start laughing uncontrollably. Thus exposed, they would disappear, and the human baby would return. Keeping bagpipes around would also reveal the changeling, since fairies can’t help but play music when they see an instrument. The more extreme method involves fire. Sticking changelings in a hot oven or dunked in water until near death could force them away.

The story of the changeling is far from a quaint myth; many people took it deadly seriously, as evidenced by the Bridget Cleary story. Married at just 17, Bridget was smart and successful. She earned a reputation for being “aloof,” and rumors began to spread. Bridget’s situation worsened when after seven years of marriage to her husband Michael, they had not conceived any children. When Bridget became ill and wouldn’t get better, Michael began to suspect that his wife was gone, and a changeling had taken her place. This wouldn’t have been an unusual belief, since changelings could steal babies or beautiful adults, babies were just especially vulnerable.

Concerned, Michael called for a “fairy” doctor who subjected Bridget to the standard procedures. Now, we recognize what he did as torture. At his wit’s end, Michael brandished a piece of burning wood at Bridget and commanded she say her name three times to prove she was really Bridget. She couldn’t, so Michael set her on fire. A few days later, her body was found buried in a field. Michael spent 15 years in jail for the murder. The Bridget Cleary storied inspired a jump-rope rhyme: “Are you a witch or are you a fairy? Or are you the wife of Michael Cleary?” Her death is referred to as the last case of witch-burning in Ireland.

The Nutty Narrative of Nutella