Children and adults alike love peanut butter and jelly (PB&J) sandwiches. They’re cheap, easy to make, and tasty. While the combination makes perfect sense to us now, the sandwich is relatively young in the culinary world. Factors like the economy, war, and innovations all played important roles in its creation. 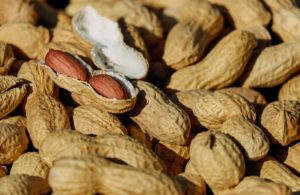 Peanuts were once a luxury

Contrary to popular belief, George Washington Carver did not invent peanut butter, though he did publish 105 recipes using peanuts. People as early as the Aztecs mashed up peanuts for various purposes, and in the late 1800’s, John Harvey Kellogg made peanut butter to serve patients who couldn’t chew. Peanuts were much more expensive back then, so only the wealthy could afford peanut butter. They enjoyed it at tea houses with everything from cheese to watercress. By the 1900’s, peanuts became much less expensive, and in 1901, Julia Davis Chandler published the first recipe for a peanut butter and jelly sandwich. She recommended using currant or crab-apple jelly.

Around this time same, Otto Frederick Rohwedder began inventing a bread slicer. After bakeries showed no interest and his original blueprints ended up destroyed in a fire in 1917, he struggled with success. In 1927, he managed to build the machine and come up with a way to keep the sliced bread fresh by wrapping it in wax paper. Rohwedder had a hit on his hands. 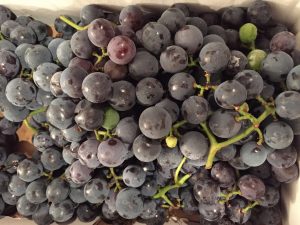 Grapelade was made from Concord grapes

While Rohwedder invented sliced bread, the other iconic piece of the PB & J was being created.  In 1918, the company that would become Welch’s released “Grapelade,” a grape jelly, and World War I troops spread it on their bread rations. When they returned home, they continued making the snack. In the 1920’s and ‘30’s, smooth and easily-spread peanut butter came out from Skippy and Peter Pan. All three ingredients were in place.

The simple PB&J played an important role during the Great Depression. PB provided protein, but was significantly cheaper than meat. Kids loved the sweet jam, making it a meal they would gladly consume. WWII soldiers carried the ingredients, too.

Today, PB&J remains one of America’s most consumed sandwiches, especially for children. College students often rely on the meal, as well. In terms of brand popularity, Jif reigned in 2017, with Skippy following. Smooth peanut butter is also more popular than chunky. For jam, grape is the flavor of choice, with strawberry second.

Alternate nut butters have claimed a big chunk of the market in recent years, as peanut allergies become more common. Companies also market almond, cashew, and sunflower butters as healthier than regular peanut butter, so they appeal to the organic and specialty diet (vegan, Paleo, Keto) consumers, too. Depending on the brand and ingredients used, non-peanut nut butters can be quite expensive. 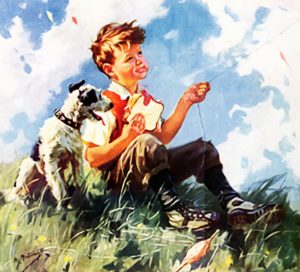 If you’re tired of the traditional sammie, try some different ingredients and techniques, like adding bananas, Nutella, or bacon. Try making it into French toast. Some people grill their sandwiches or even deep-fry it. At Portland’s PBJ’s Grilled, an upcoming restaurant devoted to the PB & J, they serve the “Hot Hood,” which has bacon, jalapenos, and cherry jam along with peanut butter. To get more of that sweet, salty, nutty flavor combination, just google “peanut butter and jelly” and you’ll find pages of recipes on how to make PB&J smoothies, cakes, tacos, and more.

The Oreo is another  iconic after-school treat. Read about how it emerged victorious from the cookie war against Hydrox.

Honda Hopes Third Time the Charm for the Insight