It is said that space is the final frontier. Gene Roddenberry told us that, so it must be true. Doesn’t that presuppose, though, that we know everything there is to know about this terrestrial plane? Indeed, there is still much to ponder about our home planet. It’s an endlessly fascinating place, isn’t it? Oh, mankind is only a small part of it, and we get it wrong as much as we get it right. We fight over the lines that separate the countries…but they aren’t even there. Instead, the Earth spins in its orbit, seemingly serene. Yet, it’s a bubbling cauldron, a cooling stream, an ever-evolving home that ought not to support life at all, statistically speaking! On March 26, National Geographic Channel debuts one great television event. One Strange Rock examines Earth from the perspectives of those who have left it behind.

Filmmaker/documentarian Darren Aronofsky conceived the idea of One Strange Rock over a decade ago. He wanted to look at the foundation of our existence with the freshest perspective possible. Through the use of image technology only just invented, his show promises to be visually stunning. But, beyond the pretty pictures are truths, both cosmic and bounded. 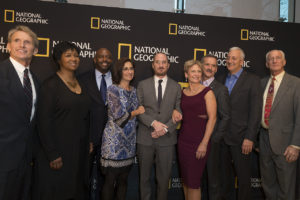 More than a year in the making, One Strange Rock’s production team filmed in space and across 45 countries. Every continent, save the Arctic, served as a filming location.  The ten-part series reaches beyond NatGeo’s usual purview of being a nature documentary because it weaves the astronauts’ personal and emotional experiences into its body. They determine the scope and focus. The results astonish! 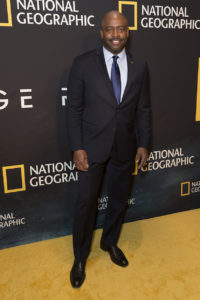 Leland Melvin helped build the International Space Station. He is a featured guide on the journey, which is hosted by actor Will Smith. Melvin had this to say about the show.

“I think this is the first time astronauts have narrated and shared their stories about how it felt and what it was like to be in space, but also how it applies back to the planet.”

Right there! What Leland Melvin said at the end, is what sets One Strange Rock apart from other documentaries about the third rock from the sun. Far beyond a celebration of photography, this show will attempt to relate the experience of living at the ISS, looking down on Earth, and coming to some pretty special conclusions.

In addition to Melvin, “One Strange Rock” also features the experiences of astronauts Jeff Hoffman, Chris Hadfield, Nicole Stott, Mae Jemison, Peggy Whitson, Jerry Linenger, and Michael Massimino. Contributors were chosen for their scientific perspectives. From its infancy, the space program was about fighter pilots and the military. One Strange Rock takes the exploration of space and the examination of the earth out of the purview of the military and into the mind, and heart of the scientist. If some of them come off sounding like poets, it is because the vast scope of the blue Earth tends to bring that out in the most-scientific mind. 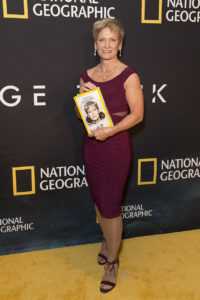 Each episode has a different Director at the helm. While one entry soars, another traffics in fact and data. Aronofsky did that purposefully. It gives breadth to the production. Alice Jones directed the final installment of One Strange Rock. She said this about the stories the astronauts tell.

“I think the astronauts are really what makes this series unique.” What they bring is that emotional experience being there and seeing it with their eyes.” They all say, ‘We have seen photos of Earth and you kind of know what to expect, but when you go up there and look at it, it hits you here, [in the heart].

One Strange Rock, produced by Protozoa Pictures and Nutopia, premieres March 26. It will air in 172 countries and 43 languages. In addition to the TV program, National Geographic and NASA launched to the ISS a virtual reality camera. The VR camera will support the production of a 3D, 360-degree short film, set to debut alongside the series.

Episode One of One Strange Rock airs at 9 pm Eastern/8 pm Central March 26. Check your local listings for the NatGeo station on your viewing system.