I have a riddle for you. How can you tell the difference between people who get a tax refund versus those who have to pay? Give up? The ones who get refunds are revving their engines on Feb. 1, ready to file the paperwork. The taxpayers who owe wait until the very last minute. Now, time is running out. In light of that, Gildshire discovered some strange tax laws that are on the books in some states. Some are applicable to April 16, but some are applicable every day. What sayeth the tax man with his strange tax laws? Take a look.

Washington D.C. residents get a mixed message from their legislative body. District grocery shoppers experience a 6% tax on sugared beverages. However, gym memberships are taxed the same amount.

Wisconsin residents experience a tax on internet access (so I’ll keep this as short as I can.) The tax only lasts through 2020, and only that long because Wisconsin’s tax system asked for, and received, grandfather status before such a tax was deemed unlawful. 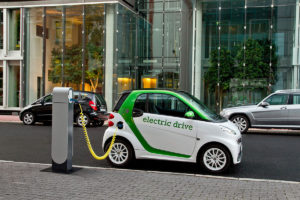 Washington residents are subject to an automobile tax that seems counterintuitive. There is a $150 annual road tax on electric cars in the Evergreen State. Gas-driven car owners pay for roads through gas taxes.

Vermont performance artists have to keep an eye on the tax man. Unless they don’t. Street artists, performers, and theater of all kinds may be taxed by local municipalities. The same maybe yes/maybe no tax applies to sporting events.

Texas holiday decorators can only avoid paying tax on wreaths, mistletoe, and Christmas trees if they purchase from a recognized 501(c)(3) charitable organization. However, payment to a decorating service is tax-exempt if you supply the decorations.

Pennsylvania residents who decry temporary taxes that never go away have evidence on their side. As many of you know, the City of Johnstown suffered a tragic flood in 1936. At that time, an 18% “sin tax” on alcohol came to be for repairs to the city. By 1942, the town was restored, but the booze tax remains on the books today. 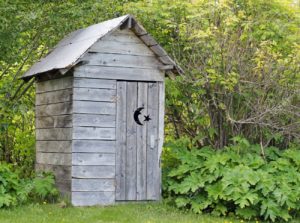 Oklahoma taxpayers are familiar with property taxes, but some counties take it to another level. They tax personal possessions even if not used to generate income. Even basic household items, such as furniture, could be subject to the “tangible personal property” tax.

North Dakota has one of the best performing arts venues in the country. Burning Rocks Amphitheater delights locals and visitors alike. However, the state also levies a 5% tax on all musical or theatrical performance rights.

New York’s bagels are a treat everyone should have at least once. How do you like yours? Toasted, with some cream cheese? Sliced, with each side covered in a savory something? Sounds good, doesn’t it? You’ll pay an 8.875% tax on your bagel if you have anything done to it. Your bagel is not taxed, only if it is given to you, unaltered, in a to-go bag. 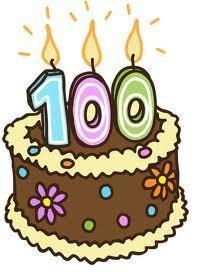 New Mexico is a relatively tax-friendly state. However, the truly superannuated really catch a break. Folks who reach 100 years old in The Land of Enchantment pay no personal income tax.

New Jersey has a split personality when it comes to pumpkin. If sold as a dinner accompaniment, your gourd is tax-free. If altered in any way as to be decorative, it is subject to taxation.

Nevada’s neighboring states tell about a certain aroma wafting from its borders. They say it smells like warm coconut. It’s the oils for weightlifting and bodybuilding. Tax-free in this state, covered under “business expense.”

Montana lawmakers wish to be of help to folks who need medical care but only to a point. Insulin and prescription drugs are deductible, but medical marijuana is not.

Minnesota winters are “Brrr, baby.” Everyone knows that. However, there are only so many ways Minnesotans can keep warm and avoid taxes. Fur coats taxes are 6.875%. No tax is levied on faux fur.

Maryland landowners who employ a septic tank pay $60 a year for the privilege. The money goes toward failing septic tanks and reducing pollution in the Chesapeake Bay.

Kentucky horse breeders like it when the ponies get randy. The Bluegrass State’s tax coffers profit, as well.  This state has a 6% sales tax on thoroughbred stud fees.

Indiana may be the most willy-nilly tax strange tax laws state in the nation. In the Hoosier State, marshmallow creme is tax exempt, but marshmallows are not. Icing in tubes and containers of frosting are also exempt, but cake decorations are taxed. Huh?

Illinois candy-store owners need a CPA. Foods made with flour do not meet the state’s definition of candy. So a Twix bar, for example, is tax exempt. Other Mars candy bars, such as Snickers contain no flour. So, cha-ching, says the tax man!

Florida’s “farmer exemption” went away this year. Through 2016, landowners and developers rented cows and keep them on property developments, thereby avoiding taxation. Even Disney used this provision as they developed and expanded Disney World. 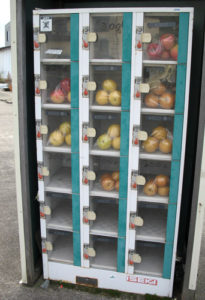 California feeds the nation through its bountiful Central Valley. Indeed, there is plenty of fruit in the Golden State. However, fruit is taxed a whopping 33% if purchased through a vending machine! The idea is in support of local and roadside farm stands.

These are just a few of the strange tax laws on the books. Counties and local municipalities have some strange tax laws in their own right. See more weird and wonderful information on The Greatest Road Trip Ever Taken.