When you think of street food, you probably think of something that’s cheap and easy to carry. No matter where you go in the world, you’ll find something that meets those two requirements, whether it’s sweet, spicy, salty, or a blend of all three flavors. Here are the most famous street snacks found around the globe:

If you go to southeast Asia, you can find satay, or meat served on a stick with sauce on the side, everywhere. In Thailand, however, pork is the meat of choice. The meat is sliced very thin, marinated in turmeric, coconut milk, and other spices, and then grilled on a skewer. A pickled cucumber salad and sweet-and-spicy peanut sauce are the most traditional sides.

Years ago in Singapore, Cher Yam Tian would gather prawns and crabs from the beach at low-tide and cook them up for dinner. However, the same flavors got boring, so she switched it up, cooking the crab with tomato sauce and chili. Her husband and friends adored the dish, and so she started a food stall. Chili crab has since become the one of the most famous street snacks in the country and are sold everywhere.

South America loves sausage sandwiches, and the Buenos Aires’ version can be bought just about anywhere at any time in Argentina. A beef-and-pork sausage gets grilled to perfection, sliced in half, and put on good bread. A garlic chimichurri sauce (a green sauce made from parsley, oregano, and other ingredients) goes on top. It’s basically the South American version of a hot dog.

Germany is not known for its light food, and currywurst proves that. Made with pork sausage, French fries, and a ketchup/curry sauce, this “snack” can easily serve as a meal and typically costs just two Euros. 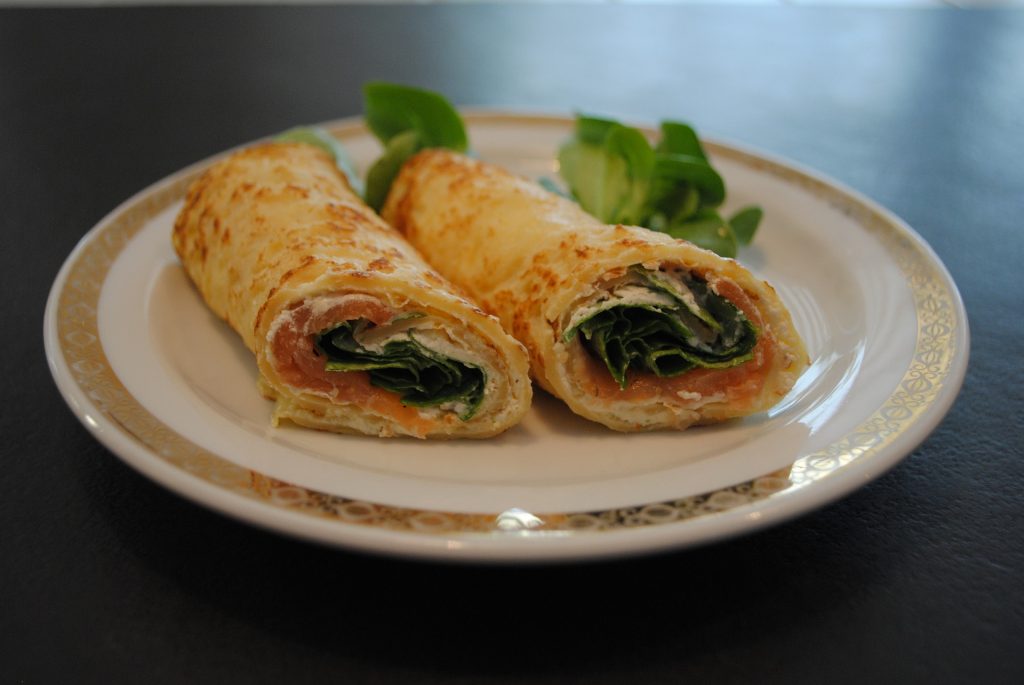 Russia’s most popular street food, blinis have been around for hundreds of years. They’re a thin pancake filled with savory or sweet ingredients, like ham, cheese, salmon, honey, or jam. They are especially popular at “Teremok,” a fast food chain that has been expanding overseas. There’s even one in New York.

Paris, France is known for its savory and sweet crepes, which you can find sold at anytime of day. The savory ones, made from buckwheat flour, are commonly eaten for lunch or dinner. The best-known filling is ham and cheese, but there are lots of variations that include veggies, eggs, and different kinds of meat. Sweet crepes swap out the buckwheat for wheat flour, and are filled with fruit, Nutella, custard, and finished off with sugar.

Made from saba bananas, which are similar to plantains but sweet enough to eat raw, banancue is very simple. Vendors in the Philippines simply cut them up, fry them in very hot oil and brown sugar, and toss them in a paper bag. The brown sugar and natural sugars in the bananas caramelize beautifully, while still keeping a softer, custard-like inside.

Also known sometimes as puffle waffles, egg waffles in Hong Kong first showed up on the streets in the 1950’s. They are made from an egg-heavy batter cooked between two metal plates with half-circle “cells,” so they get that bubbly look. Plain is the most popular flavor, though you can find batters made with chocolate, ginger, and green tea, and also served with fruit and chocolate.

The Philipines loves banancue, but they also love halo-halo. What exactly is this cold summer favorite?

Is Hellboy Worth Seeing? Gildshire Goes to the Movies