A month after the dual holidays that dominate the social scene comes another holiday. This one is unofficial since there isn’t a designation for it on the calendar. However, it is the second biggest gathering of people after Thanksgiving and the second biggest alcohol consumption day after New Year’s Eve. It’s Super Bowl Sunday! Gildshire Magazines’ Sport arm knows football. However, we are also aware that not everyone follows the sport that closely. Some folks are going to attend a Super Bowl party for the socialization aspect. Your friends are gathering and you will be there too. But therein lies a dilemma. Between pregame and postgame over four hours will pass. Wouldn’t you like to know what’s going on in Super Bowl LII, beyond the fact that Justin Timberlake is bringing sexy back to halftime?

That’s where we come in because our guide to what is going on will make you look like a fan, if not an expert. Your partner, who knows you played World of Warcraft when the games were on in the fall, will stand amazed at your newfound knowledge of Super Bowl LII. Let’s get started because there is work to do.

Who is Playing? The New England Patriots and the Philadelphia Eagles play this Sunday, with kickoff at 6:30 Eastern/3:30 Pacific.

New England? Aren’t they in this thing every year? It seems that way, doesn’t it? Yes, the New England Patriots have been in a lot of Super Bowls in the last few years. This marks three appearances in the last four years, four in the last seven and five in the last eleven.

How many Super Bowls have the Eagles been in? This is their third appearance.

Have they ever won a Super Bowl? No.

I think I want them to win. Actually, a lot of people feel that way.  The northeastern part of the country is mostly Patriots’ fans, and they can’t get enough winning (who can blame them?) Mostly, the rest of the country would like to see Philadelphia win this time.

Do they have a chance? Sure they do. That’s why they play the games.

But do they Really have a chance? Actually, they do. New England is favored (see above for the reasons) but the Eagles are a strong team, as well. They would have a great chance if Carson Wentz wasn’t hurt.

Who is Carson Wentz? He is the starting quarterback for the Eagles. He hurt his knee toward the end of the regular season.

Who is the new quarterback? Nick Foles.

Is he any good? Sometimes, but he isn’t as good as Carson Wentz, who was special and will be again when he gets back from his knee injury. 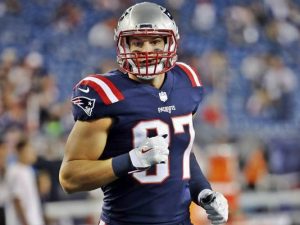 Tell me something about New England that will make me sound smart on Sunday. They have a tight end named Rob Gronkowski. He wears Number 87. Call him by his nickname, which is “Gronk.” Keep an eye on him, too. He is one of the Patriots’ best players.

Tell me something about Philadelphia that will make me sound smart on Sunday. Sometimes underdogs spring upsets with Special Teams plays. Those are the punt, kickoff, and field goal plays. Watch for something big from Kenjon (pronounced Ken-yawn) Barner. He wears Number 38 for the Eagles.

Hey thanks, I’ve noticed that about french onion dip! Our pleasure. The game is on NBC, in case you’re the only one who knows. There, another thing to raise your PFIQ.

What’s that? Your Perceived Football Intelligence Quotient. Now, get out there, enjoy Super Bowl LII, and make me proud!

Oh, you did say…Justin Timberlake at halftime. Yes, the last time he appeared at halftime was with Janet Jackson, and…

Yes, I remember that! Of course, you do.

Best Barbecue Restaurants in All the Land