Superbowl LII: Positional Matchups on the Defensive Side

The end of the 2017 NFL Season has arrived as the countdown to Super Bowl LII is just hours away. As we get set for the big game, the Philadelphia Eagles and New England Patriots, the two sides are built around their offensive attacks including weapons that feature the likes of Tom Brady, Alshon Jeffery, Brandin Cooks, Zach Ertz and Rob Grokowski.

While their offenses will get all of the attention in Super Bowl LII, the key to the success for both of these two clubs will come on the defensive side of the football. For the Patriots after a slow start to the season that saw opposing offenses put big numbers on the board, the team has slowly turned the page becoming one of the more difficult defenses to put the ball into the end zone.

On the other side of the field you have an Eagles defense that finished fourth in the NFL in total yards including the fewest yards per game on the ground. Now as these two teams that finished fourth and fifth in the NFL in points allowed per game look to square off in Super Bowl LII, it will be the play of their defense that will reward their team, owner and fans of the Lombardi Trophy.

Here is a look at the defensive matchups between the Philadelphia Eagles and New England Patriots at Super Bowl LII. 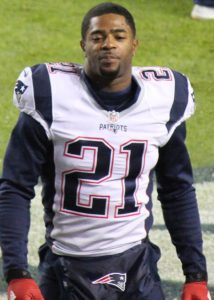 The battle in this matchup will start up front on both sides of the ball including on the defensive line. As these two teams get set for their Super Bowl showdown, the key to the Eagles success will start up front with Jernigan and Cox. These two talented defensive linemen will need to find a way to get into the back field to put pressure on Brady while using their arms to cause disruption. On the other side, the Patriots line will need to shut down the Eagles ground game forcing them to turn to Nick Foles to win the game.

When you look around the defensive side of the ball both teams are loaded with a ton of talent. That said the biggest matchup on the defensive side of the ball will come from the linebacker position for both teams. When you look at the Patriots linebackers they will have to play a key role in shutting down LeGarrette Blount and Jay Ajayi while also helping to shut down Zach Ertz. At the front of that success will be Kyle Van Noy who showed up big time in the team’s 24-20 win over the Jaguars registering nine tackles to go with a sack and a force fumble. For the Eagles linebackers they will have an even more difficult task in trying to slow down both Gronkowski as well as the Patriots underneath passing attack and fast slant passes they like to run. 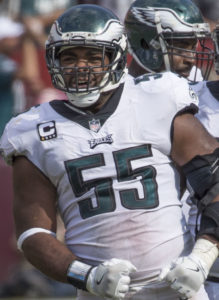 Here are two playmakers on the defensive side of the football and two guys that will need to step up in a big way to help their teams win on Sunday. Flowers played a key role in the Patriots success late in the season including in the team’s path to the Super Bowl. The versatile defensive end registered nine tackles in the team’s key win over the Jacksonville Jaguars while putting pressure on the quarterback all season long while recording 6.5 sacks. Meanwhile, Graham has been a force for opposing teams to slow down racking up 9.5 sacks during the regular season while helping to slow down their running attacks.

The biggest task of the day will come for both the Eagles and Patriots secondaries as each of their offenses have the fire power to move the ball at will. For the Eagles their secondary may have the biggest job duty of the day if Rob Gronkowski passes concussion protocols. If Gronkowski suits up the Eagles success on the defensive side of the ball, their success will fall in the hands of Darby who will have his hands full while taking the pressure of the Eagles linebackers. On the other side the Patriots will need another big game from Gilmore and Butler against the very talented Eagles receiving corps while their safeties will need to step up to shut down Ertz. In the end, the advantage leans towards the Patriots as long as Gronkowski suits up.

Will the Eagles defense find a way to shut down Tom Brady? Can the Patriots defense make another big time play to bring home another Lombardi Trophy?