Superbowl LII: Positional Matchups on the Offensive Side

The excitement and drama of the 2017 NFL schedule has wrapped up as the matchup of Super Bowl LII has come to an end. In the AFC despite struggling to moving the ball early, Tom Brady and the New England Patriots found a way late in the fourth quarter to put the ball in the end zone opening up the door to another trip to the Super Bowl.

The trip for the Patriots will be the team’s 10th appearance and the eighth with Tom Brady and Bill Belichick leading the charge. Over in the NFC after being back to back underdogs in the NFC divisional and championship games, the Philadelphia Eagles behind a MVP performance from Nick Foles destroyed the Minnesota Vikings while locking up a chance to take home their first Lombardi Trophy.

Both teams are very talented with a ton of playmakers on both sides of the ball. That said, let’s take a look at the positional matchups on the offensive side of the ball for both the Eagles and Patriots in Super Bowl LII. 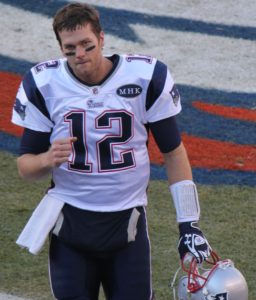 Just a few weeks back many fans were worried about the Eagles chances after Carson Wentz went down with a knee injury and the offense took a major step back. Now after a historical performance, the Eagles fans as well as fans of the NFL are giving the Eagles a chance with Foles under center. In the end for us the advantage goes to the future Hall of Famer as he looks to not only add another Super Bowl championship to his resume but another MVP award as well.

These two teams possess two different styles of running backs, as the Eagles duo of Ajayi and Blount can pound the ball while also breaking off the big run. The Patriots’ ground game that features a three man combo is more versatile to suit the Patriots fast pace quick pass offense. If the Eagles can get an early lead, the advantage on the ground will go to them as both of their backs can move the ball. For us, the Eagles will have the tougher matchup as they will need their linebackers and safeties to step up against some very talented pass catching running backs. Last week Lewis and White caught a combined ten total passes. 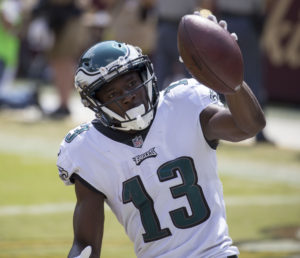 All five of these guys have the talent to make opposing teams build a game plan to slow them down. The Patriots duo are both shifty type receivers who can find the open spots in the field while both having their own skill set. Amendola is a slot type of receiver who makes his money by quick short routes while Cooks is a deep threat who uses his speed to get open. Meanwhile the Eagles have a three headed monster at the receiver position with Jeffery being the team’s top target. Jeffery who when healthy is one of the game’s top receivers is hard to cover with just one man and has the size to make it difficult to cover vertically. Add in Smith’s speed to get down filed and Agholor’s route running, and this tandem is exciting to watch any day of the week.

After his big game on Sunday some experts say Ertz could be the key to the Eagles’ success against the Patriots in Super Bowl LII. That said, the bigger mismatch in the Super Bowl will come for the Eagles who will not only have to build a game plan to slow down Gronk but also ensure the plan works on the field. One early advantage for the Eagles is the fact Gronkowski is currently in the concussion program. If Gronkowski is on the field in Super Bowl LII, he is the tight end we want our quarterback to be throwing to. That said Ertz is still a big time threat, Gronkowski’s size is just nearly impossible for other teams to stop with just one man allowing for guys like Lewis and Amendola to find open spots on the field.

President Trump at Davos – The Economy and Jobs, Jobs, Jobs!