With an abundance of vitamin C, vitamin B6, calcium, iron, zinc, and more, lemons deserve their place on the list of the most nutritional foods to eat. However, they are so sour, most people can only stand the juice and zest in limited quantities. Meyer lemons, though, are so sweet you can eat slices in salad with no problem. Originally from China and grown in pots as an ornamental tree, these lemons are actually a hybrid of a citron, mandarin, and pomelo. They are small, rounder, and much sweeter than regular lemons. How did they come to America? 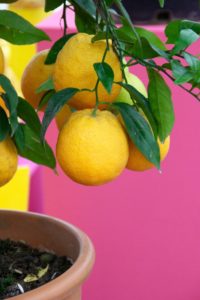 Meyer lemons are round and small

In 1901, Frank Meyer left Holland for America in search of a more interesting career than working in an instrument shop. He had two passions: walking and plants. When he arrived in America, he went straight down to Mexico, where he walked the country and paid for food and lodging by working in nurseries. He landed an interview with the US Department of Agriculture and walked from Washington D.C. to Mount Vernon and back. That’s a 50-mile round trip.

The Department hired him and he was sent to China to explore their crops and send back his findings. He landed in Shanghai in 1905 and began walking the giant country and recording his adventures. During his 10 years there, Meyer was robbed, threatened, and even threatened by animals like tigers and bears. He sent back hundreds of soybean varieties, oats, wild pears, and asparagus. One of his findings? A small, sweet lemon the US dubbed the Meyer lemon in his honor. California grew the tree first, and the lemon eventually expanded to other citrus states like Texas and Florida.

Frank Meyer’s life ended on a tragic note. He sunk into a deep depression after finding it difficult to integrate into life in China and observing the state of a world fresh out of the first World War. In 1918, Meyer took a steamer headed to Shanghai, but he fell overboard sometime during the night. His body was later found and brought home by a US officer. Signs point to suicide, but historians don’t know for sure. 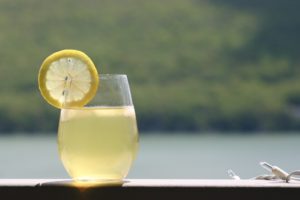 How can I use Meyer lemons?

Meyer’s legacy as a botanist is embodied in the sweet lemon named after him. It took nearly a century before Americans embraced the lemon nationally and celebrity chefs like Martha Stewart began using them in recipes. Available in most places during the December-May season, Meyer lemons can be used in a variety of dishes both sweet and savory. Candied lemon peel is especially good with Meyers, since they’re already so naturally-sweet. This is also what makes them so good in lemonade. You can cut the amount of sugar you put in Meyer lemonade by half. You’ll also use less sugar in recipes like Meyer lemon cheesecake, lemon bars, sorbet, and and mousse.

For savory dishes, the lemons are excellent with fish, chutney, in salad dressings, and as a replacement for regular lemon juice in cocktails. You can basically use Meyer lemons in place of regular lemons if you want more sweetness. Since they’re available all winter, Meyer lemons add a much-needed brightness and springtime freshness to any dish.

When choosing a Meyer lemon, look for ones with deep yellow colors; you don’t want any green. You also don’t want any spots or too many bumps. Smooth skin is the ideal. You can store them in the fridge, but they only last about two weeks because they have thin skin. That thin skin can also make zesting tricky, so be gentle. When baking with Meyer lemons and you aren’t sure about how to adjust the sugar, decreasing the amount by just ¼ cup shouldn’t change the structure of the dish. It also lets the flavor of the lemon shine through more prominently.

Meyer lemons taste more like sweeter citrus fruit than regular lemons. Did you know there’s a fruit that tastes a bit like chocolate, and that it’s one of the most nutritional foods to eat?

So Fresh, So Clean: The Story of the Mint Plant