Home » Our World » T-Mobile Merges With Sprint: What it Means to You

Monday morning, April 30, T-Mobile and Sprint, in a joint video press conference, announced a merger. This merger between powerhouses, forming a mega-couple that makes Kardashian/West pale in the comparison means a shakeup in the world of cell service and communication electronics. Why did the merger take place?  What does it all mean to you? Those answers and more as the news breaks around us. Here are some questions and answers from the time the merger announcement took place. All of the top online business magazines are hearing the same questions.

“What’s in This For the Happy Couple?”  The raison d etre from T-Mobile and Sprint comes down to clout. By combining, they’ll be better situated to tackle AT&T and Verizon. In addition, the usual motivations for a merger are in place. These include duplicate billings, overlapping service work, etc.

“Will Each Company Keep its Separate Name?” No, the new company will retain the name “T-Mobile.” It had a good run, but “Sprint” will cease to exist.

“That’s Too Bad. ‘Sprint’ was the better name.” We agree. 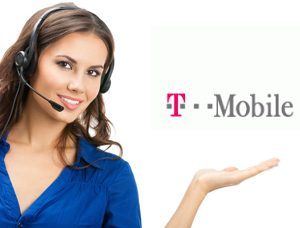 This T-Mobile customer service agent may be about to make new friends.

“What Does This Mean to Current T-Mobile and Sprint Subscribers?” A tiny increase in coverage and flexibility is the first thing they may notice. A new roaming agreement allows Sprint customers to use T-Mobile’s network in places where Sprint is not available. The two companies will otherwise operate independently until the deal receives regulatory approval. Assuming the feds bless the merger, Sprint customers will be gradually migrated to T-Mobile’s network.

“How Long Will That Transition Take?” The two companies expect the total transition time will be just under three years.

“Is There Any Other Reason for the Merger?” Yes, a big one.

“Another G?” You knew one was coming. Wasn’t it Ozzy Osbourne who said, “How many Gs are there?” So far, the answer is “5.” The fifth G,” though, might be the biggest tech leap of all. Supposedly, it will enable smartphones and other mobile devices to surf the Internet at speeds equal to, or better, than some of the fastest in-home Internet connections today. In fact, many wireless providers are betting that 5G could supplement or even replace the Internet cables running into your home.

“And This Merger Will Help in the Move to 5G How?” Building out a 5G network is a costly endeavor. Carriers not only need rights to the best airwaves but also must invest in more cell towers and other infrastructure. T-Mobile says that only in concert with the resources Sprint currently has can they pour enough resources into the project to have a world-class 5G network. They know AT&T and Verizon will have state-of-the-art 5G. A lesser one is a non-starter.

Will There Be any Hitches in the Merger? After All, Didn’t AT&T make a Run at T-Mobile a few years ago, only to be turned back by the Feds?” Good memory, because that actually took place in 2011. At the time, it was believed that four major carriers provided a better marketplace for consumers than a field of three would provide. The regulators shut AT%T down, denying their proposal.

So What Has Changed?” The size of the players, for one. If the AT&T merger had gone through there would have been one enormous fish, feeding on fingerlings. Even merged, the new T-Mobile is smaller than Verizon and AT&T. That said, regulators have indicated a desire for four over three when it comes to this kind of marketplace. Lowenstein Sandler partner Jeffery Blumenfeld said, “ Back when I started as an antitrust lawyer, people worried about mergers that reduced the number of competitors in a market from six to five. That seems sort of quaint now.”

Mergers, Especially Big Ones, Take Time. When Will This One Be Fully Realized? T-Mobile and Sprint execs (many of whom will have jobs in the new company) hope to combine in the first half of next year. That is considered fast in the world of mega-mergers.

That’s what we have, for now. Watch this space if things get interesting in the approval process. Gildshire and our sister top online business magazines will be watching for trouble on that front.