Teams to Look Out For in the 2018 NCAA Football Season 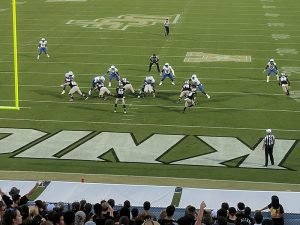 One team that will be on the radar of most NCAA football experts and fans is the UCF Knights who finished last season 13-0 including an impressive 34-27 win over the Auburn Tigers in the Chick-Fil-A Peach Bowl. While the Knights have the talent on both sides of the ball, the big concern is whether or not Josh Heupel can repeat the success that head coach Scott Frost had last season.

While the Knights are on the radar to fight for a National Championship here are three other NCAA Football teams that could compete with the Knights and the Crimson Tide.

The Wolverines head into the 2018 NCAA Football Season with possibly the best defense in all of college football. The Wolverines finished last season ranked 5th in all of NCAA Football on the defensive side of the ball and will return all but two of their starters from that team. Add transfer quarterback Shea Patterson to their offense and the Wolverines led by Jim Harbaugh could play themselves into the NCAA Football Playoffs in 2018. 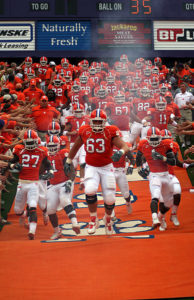 It was just a few seasons ago that the Tigers were led to the National Title by quarterback DeShaun Watson. Fast forward to the 2018 NCAA Football season and the Tigers are in the same boat with quarterback Kelly Bryant under center. Add in top recruits Derion Kendrick and Justyn Ross at the wide receiver position and the Tigers offense could be elite in 2018. On the defensive side of the ball the Tigers are led by Dexter Lawrence. Lawrence might be the best defensive player in the country and the future number one overall pick in the NFL Draft.

As many of the top NCAA Football programs are trying to figure out who will direct their offense, the Huskies return one of the top quarterbacks in all of College Football in Jake Browning. While the team will have question marks at the receiver position, they have a solid offensive line and running game to compete. On the defensive side of the ball the front seven led by Vita Vea is one of the strongest in all of college football. If the Huskies can avoid any let down games like they have over the past few seasons, they could be a threat to Alabama in 2018.

Tests Show “Clean” Diesel Not Clean After All