New Technology Can Read Ancient Documents Without Opening Them

It can be very difficult to open ancient books or records without damaging them since they are easily broken. Therefore, scientists in Switzerland improved the method and technology able to read old documents without even touching or opening them.

Scientists from the Swiss Federal Institute of Technology are using X-ray computed tomography or X-Ray tomography, where they use radiation, a form of x-rays in order to create images of documents.

The method has been already tested with a small old document from the 14th century. While reading the document, Giorgio Margairondo, working on the project said: “in the year 1351, a young lady from Venice…wrote a testament, and then the testament was sealed and remained sealed for all these many centuries.”

Italian researchers are planning to open a digital system with the State Archives of Venice, using X-Ray tomography. Giorgio Margairondo said: “What you find inside the Archives are not only small documents. But most of the items are huge volumes the size of a table, and so we must be able in the future to look inside them.”

The State Archives of Venice in Italy has a great number of records which were produced in the past 100 years. The documents in the Archives occupy around 80 kilometers of regular shelf space. 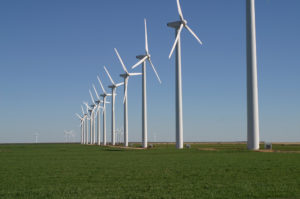 Cuba’s goal is to become one of the more than 100 countries in the world that will be able to meet their energy demands with renewable, eco-friendly sources such as sunlight, water, and wind by 2050. The first step is to produce 24% of their total energy from renewable sources by 2030. This is an ambitious target since the island generated only 4.3% of their total energy from renewable sources.

The key project in meeting their goals is from the two wind farms La Herradura 1 and La Herradura 2, which are located approximately 600 km east of Havana, in the province Las Tunes. According to Adela Alvarez, from Cuba’s Integrated Wind Energy Management company, behind the complex is Chinese technology, including two major companies from China: Goldwind Science and Technology Co. (provided of wind turbines) and Dongfang Electric Corporation (a company specialized in high technology and renewable energy).

La Herradura will have 34 Goldwind wind turbines, producing 1.5 MW of power, while La Herradura 2 will be equipped with 20 wind turbines of 2.5 MW of power each. Reportedly, the first wind farm in Cuba will save nearly 40 000 tons of fuel yearly and it will stop 130 000 of carbon dioxide from being released. 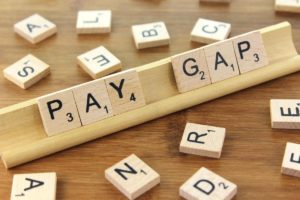 Technology Will Widen the Pay Gap

Technology has a dark side that we do not tend to talk about. Researchers have proved (and we should not be surprised) that men are dominant in the IT department and biotechnology, which is not leading us to equality between men and women.

Generally, the pay gap will widen due to technological development, and women will be especially affected by these changes. According to the World Economic Forum Summit held in Davos, we have to take certain actions on time to tackle the issue of inequality in sectors such as technology.

Saadia Zahidi, the WEF’s head of education, gender and work said: “We’re really looking at a worsening of inequality, particularly in IT but across all sectors. We are losing a valuable opportunity to reduce gender inequality.”

Women should be encouraged to seek education in the technology sectors. The first step should be taken from an early age, while we are raising our children. There should be no jobs specified for girls or boys, and children should be aware of that from an early age. Especially, since more than ever, “jobs for boys” are the most paid jobs in the 21st century.