Could Technology be Dangerous to Your Home

Are you concerned to add your bank details to a website which looks weird and not really secure? Amazon? Yep, that’s fine. eBay? We added our bank details to that website a long time ago. Although these websites could be jeopardized as well, we feel like no one could hack our details.

We often forget that everything and anything could be hacked. Our phones, computers, laptops, and platforms where we have all our personal information including phone numbers, emails or bank details.

The idea of smart homes is still pretty much new, and we can say that it’s not something that could be widespread. However, we are living in the electronic age, and everything is online. The question we have is could our homes be added to the list of things that could be hacked. Cybersecurity experts are worried that the “Internet of Things” could make our houses more vulnerable.

We are still new in the age of Smart Homes, and it’s hard to say what the consequences of hacking into a smart home could be? Would it be easier for a burglar to get into our security system and take anything from our homes? With the development of technologies, we need security systems developed as well that could protect the technology that comes with the new gadgets and applications. 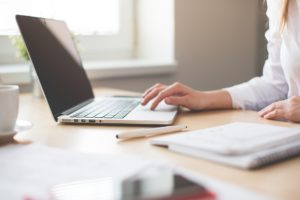 We Need More Women in Science

Singapore stressed the importance of women in science while developing growth sectors such as technology and science in the country.

The employment of women in Singapore is higher than in other more developed countries, but the concern of women in certain sectors such as science remains. For example, in the corporate world, women occupy only 30% of the senior executive positions, but only 9.9% on the board of companies in Singapore, leaving the country behind when it comes to employing women on higher positions.

Meggy Chung, chair of WiT@SG (Women in Technology@SG) said: “I think it’s indisputable that women have a lot to add to the industry to contribute to the technology industry whether it be the intellect, creativity, emotional intelligence and many many more.”

Women in Technology@SG (WiT@SG) is an interest group, housed under the Singapore Computer Society, made up of eleven women from IBM, SUTD, Citi and DELL EMC. The group is providing women with programs created to empower and support women in the industry.

Technology and science are still perceived as sectors for men. The social view of what men and women are supposed to do is still strong although we might not see it since it feels like we have a choice of what are we going to choose as our career. 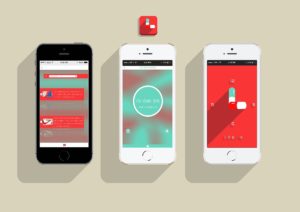 Apple health data was crucial evidence at a murder trial in Germany, where a refugee was accused of rape and murder. Apple’s Health App records steps, and it has been pre-installed on the iPhone 6S and some newer models. The app provides details about taken steps, nutrition and sleep patterns and other body measurements such as a heart rate.

The suspect, Hussein K admitted his guilt, but he denied some details of the charges. The medical student, Maria Ladneburger was killed in October 2016, and the trial started in September 2017. The 19-year-old student was raped and then drowned in the River Dresiam.

At the beginning, the suspect who was identified by a hair found at the crime scene refused to provide police with the PIN code for his iPhone. However, police contacted a cyber-forensics company in Munich, who managed to break into the phone without the PIN.

According to the German newspaper Die Welt, chief of police, Peter Egetemaier said to the court: “For the first time, we correlated health and geo-data.”

‘New California’ Another Star on the U.S. Flag?