First off, this is not a joke. Elon Musk’s Tesla Inc. plans to go back to the future. The visionary entrepreneur who brought space travel into the private sector wants to build Rock and Roll drive-in restaurants. He wants to plop them down next to supercharger plants that fill Musk’s electric cars with juice. Gildshire Magazines Car and Motorcycle entity loves cars, bikes, burgers, and fries. We HAD to find out more about this. We enlisted the help of Autoblog in the research. 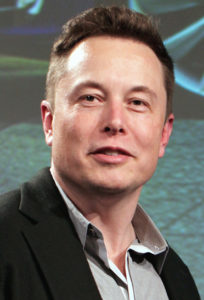 It turns out that this has been on Elon Musk’s fascinating mind for a while now. How advanced are his plans? Well, Tesla already applied for building permits in Santa Monica. The application clearly states that the permits are for “a Tesla restaurant and supercharger station.” The restaurant would be located at 1401 Santa Monica Boulevard. What is there right now, you ask? Volvo of Santa Monica’s used car lot.

When pressed for more information, Musk was a bit more forthcoming. He said that the operation would be more than just food and E-Car juice. He has plans for an entertainment piece of the puzzle. Musk plans to show scenes from classic movies on a giant screen next to the restaurant/filling station. The food menu, and maybe even some of the entertainment choices, can be accessed from a touchscreen inside the Tesla.

Actually, this isn’t a completely out-of-left-field idea for Musk. In Kettleman City, California a 40-car charging station is open for business which includes a lounge and coffee shop. Of course, that isn’t the same thing as a Rock and Roll station with Humphrey Bogart leering over the action on the ground. But, we have learned to expect the unexpected from Elon Musk. Also, we know not to doubt that he can do what he sets out to do. Certainly, the $2,747.72 he paid late last week for the permit is money he could have found in his couch cushions, but the man isn’t known for failing.

So, fill Gildshire up! We’ll take a footlong dog with chili, and a cherry phosphate, with a side of onion rings.