Home » Our World » The 10 Most Iconic Cars In Pop Culture

A car maybe just a means of transportation, but it can also become its own character. Sometimes it literally has its own personality. Here’s a list of the 10 most iconic cars in pop culture, whether it’s a comic book, movie, TV show, or all three:

The full name is DeLorean DMC-12 and it was the only car produced by the DeLorean Motor Company. You know it from Back to the Future, where the car serves as a time-travel machine. The actual car didn’t sell well and so it’s very hard to find one, but it has a place in movie history.

Batman’s ride has had many revisions over the years. From the smooth Corvette Stingray-inspired car from 1989’s Batman to the armored tank in The Dark Knight. The varying styles all stand out and ensure that Batman always makes a grand entrance.

James Bond used a couple of different cars in his career. But none are more famous than the Aston Martin. Sean Connery, Pierce Brosnan, and Daniel Craig all drove one. The Aston Martin contains a V12 engine that churns out 510 horsepower. It is powerful as is, so gadget-whiz Q doesn’t add anything to it.

Herbie the Love Bug, a Volkswagen Beetle, is magical. He can drive himself and is fast enough to compete in races. He has appeared in several movies, first in The Love Bug in 1968 and most recently in Herbie Fully-Loaded in 2005.

Most of us would crash if we attempted the stunts that the Duke boys undertook, and that’s probably because there’s something special about their car – The General Lee. This Dodger Charger with a Confederate flag emblazoned on the top jumps rivers and kicks up dust like no one’s business.

An artificially-intelligent ride for a crime fighter. KITT was first a 1992 Pontiac Firebird and then a Ford Shelby GT500KR from 2008/2009. An abbreviation for “Knight Industries Two Thousand,” the car is souped up with features like the turbo boost, silent mode, and even a flame thrower.

A hearse/ambulance hybrid, the Ghostbusters painted the car and turned it into the Ecto-1, which they drove around when answering calls. It’s appeared in a wide variety of “Ghostbusters” media. Including the original movie, comic books, and animated series. In the reboot, the new Ghostbusters drive a 1984 Cadillac DeVille. 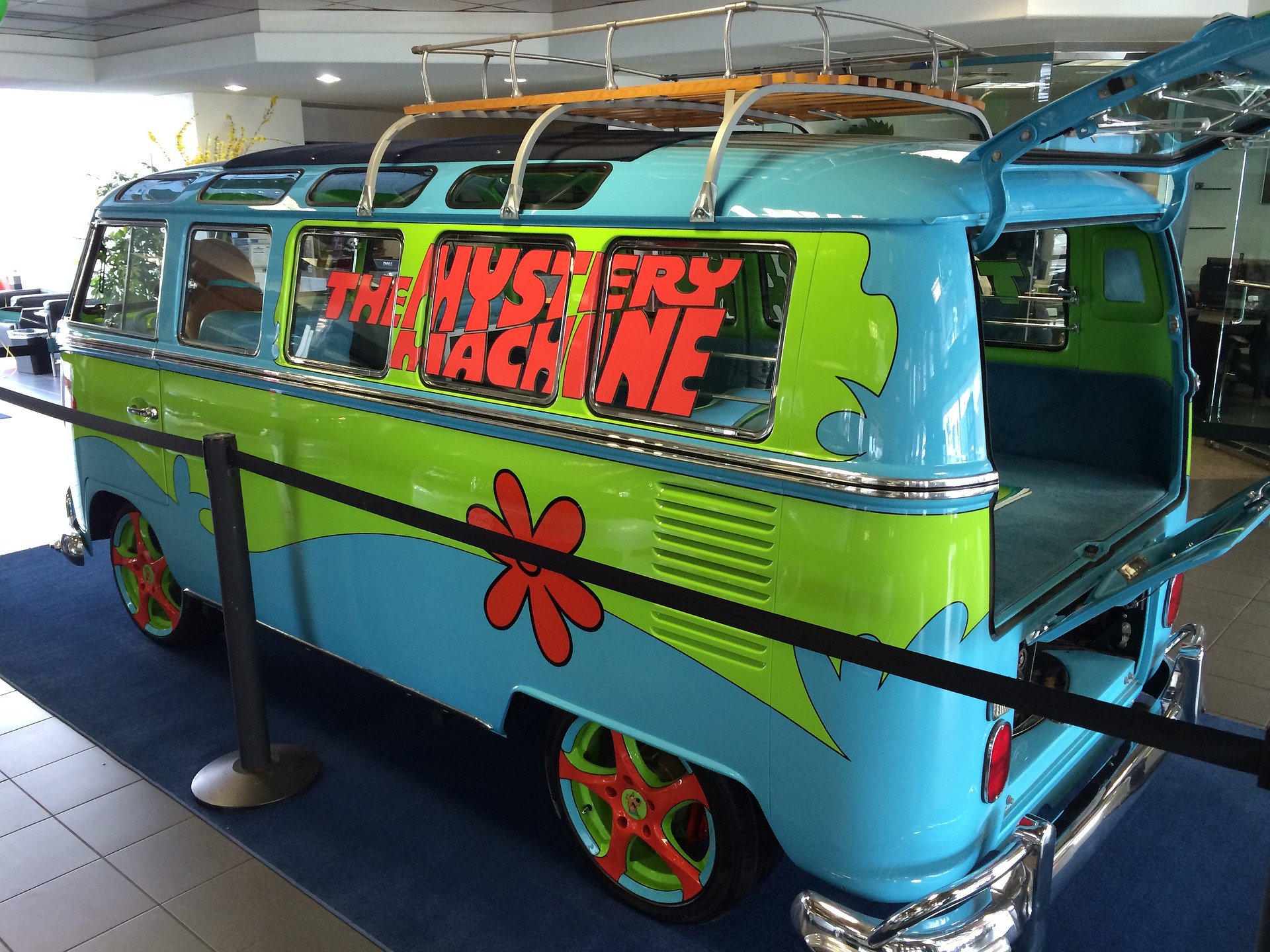 The 10 Most Iconic Cars In Pop Culture: The Mystery Machine

The vehicle and home of the Scooby-Doo gang. The Mystery Machine is most likely modeled after the Chevrolet Sport Van from 1965. The van isn’t magical, though it can hold a surprising amount of useful tools necessary for the cases the gang needs to solve.

A gorgeous red 1958 Plymouth Fury, this car certainly brings the fury when it comes to holding grudges and taking revenge. Possessed by evil forces that will go unnamed so as not to spoil the story, Christine alters the personality of her owner and is capable of repairing herself when damaged.

Hero Transformer Bumblebee disguises himself as a car. In the movie series, he is a black-and-yellow Camaro with its own personality. In the Bumblebee movie, it looks like he will be a Volkswagen Bug for at least some of the story.