NASCAR! Or as we used to call it “stock car racing.” That was always a misnomer. Because the cars on the track at Daytona are not at all stock. I mean, Jimmie Johnson’s car may say “Camaro,” but nothing like it is on the lot at Buck’s Chevrolet down on Main Street. The cars on the track for the Daytona 500 are bullets beneath their car-like coverings. But, that doesn’t stop people from flocking to the track at Daytona. Did you know that more people will attend NASCAR races in person this year than any other sport? Rabid fans out to support their favorite driver. So, it is incumbent on Gildshire to give a nod to the sport’s Super Bowl, played on the third weekend of every February. The 2020 Daytona 500, it is, and we are here to prepare you for the big event.

Who is Going to Win?

Wow, let’s just cut to the chase, shall we? I thought you might start with something easy. Like where is the race held?

That’s in the title?

In a way. The race is held annually at the Daytona International Speedway in Daytona Beach, Florida. In its current configuration, the track is 2.5 miles long. It wasn’t always this way. Back in the day, part of the Daytona 500 was actually run on the sands of Daytona Beach.

Really? I wish it was still that way.

That would be nice, but the money people put up an enclosed track to hold all the people who wanted to see the race.

How many people will be there in person?

Daytona stopped reporting attendance numbers, but we know that almost 150,000 people will cram the seating and infield areas. Tens of thousands more will be parked in campers and RVs around the stadium.

Parked outside, but without a ticket to get in?

You have to understand race fans. The ones parked around the facility will still be able to say that they were there on Feb. 16, 2020, when history was made.

You called it the NASCAR Super Bowl. Why would they place their Super Bowl at the beginning of the season instead of at the end, like most sports?

That is just the way NASCAR has done it since 1992. That’s the year the Daytona 500 was put in the leadoff spot for the season of racing.

How fast does the winner have to go?

The weather is supposed to be warm, but not hot, for February in Florida. That means temperatures should be in the low to mid-70s at race time. Those are optimal conditions for the cars and the tires. Expect the winning driver to average about 190 mph for the 500 miles.

Okay, let’s go back to the beginning. Who do you think is going to win?

That is so hard to say because Daytona used to be a restrictor-plate (an appendage to the throttle to keep the car from going too fast.) race, but this year NASCAR has gone to tapered spacers to restrict fuel flow, slow the cars down and create tighter races. The spacers reduce the horsepower to 550, for a more even field.

Yes, I am. Joey Logano won it last year and is 10-1 to win it this year. Denny Hamlin is right in there, as well. He’s the co-favorite. My money, though, is on Chase Elliott at 13-1. He drives the Number 9 Camaro for Hendrick Motorsports. 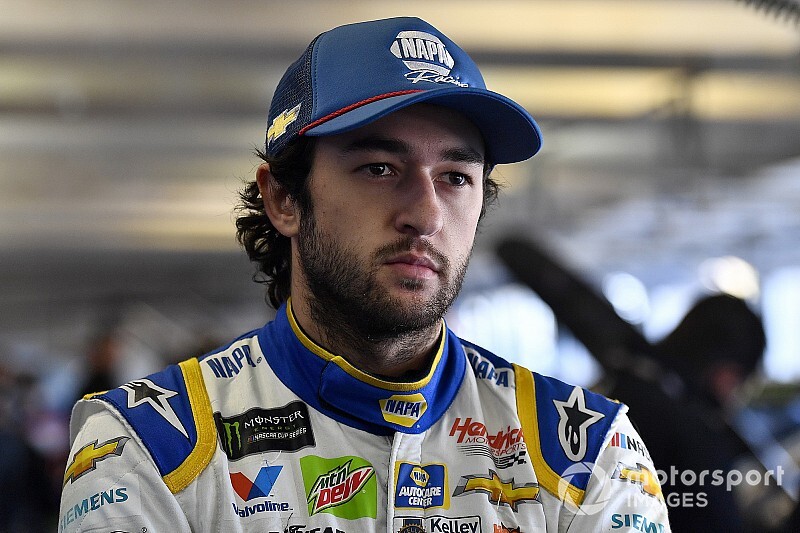 Chase Elliott is a serious contender for the 202 Daytona 500.