Joe Burrow, selected as the top overall pick in the 2020 NFL Draft.

The 2020 NFL Draft is in the books. It was one of the strangest television shows in the history of the medium. New England Patriots’ Head Coach Bill Belichick’s dog kept his chair warm. Arizona Cardinals’ Head Coach Kliff Kingsbury posed for GQ in his desert palace. How do we know? It was 90 degrees that day, and his fireplace was blazing. It was a show for the ages in a one-off kind of atmosphere. Who were the winners, losers, and in-between, according to Gildshire’s draft analysts? That’s what we are here to discuss. First, the winners.

College football’s most prestigious conference is an NFL factory. The Southeastern Conference produced a whopping 39% of the picks in the first two rounds. Almost half of the first-round selections were from the same conference.

This class was historically deep in receivers. The teams drafted accordingly. After a brief run by offensive tackles, Alabama’s Henry Ruggs III went No. 12 to the Las Vegas Raiders. (You have to work on saying that!) Six more wide receivers were selected in the next 20 picks. Seven more wideouts went in the second round.

Detroit’s top four picks are unassailable. Georgia runner D’Andre Swift should play immediately. Ohio State OG Jonah Jackson is a third-rounder with first-round potential. Jeff Okudah will help shore up a thin defensive backfield, and edge rusher Julian Okwara may be a steal if he’s all the way back from an injury. 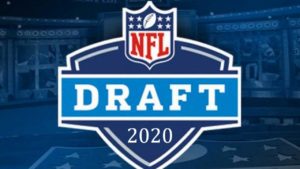 LSU quarterback Joe Burrow was their guy, and the Bengals didn’t get cute with the top pick. Tee Higgins in Round Two and Wyoming LB Logan Wilson concluded a highly-ranked first half of thee 2020 NFL Draft for the Bengals.

The Vikings had 15 picks and seven of those in Rounds 1-4. If half of the 15 picks turn into starters, this was a bountiful draft indeed. The Vikings found Oregon LB Troy Dye in the fourth round, even though many observers listed him as a top 100 pick.

There has never been a higher-anticipated season in Tampa than the upcoming one, and the Bucs knew they had to surround Tom Brady with talent. Brady will enjoy RB Ke’Shawn Vaughn and wideout Tyler Johnson. Defensive back Antoine Wingfield will help the back end of the defense.

Who were the losers?

The commissioner just doesn’t do well on TV, and this year was more cringe-worthy than most. The piped-in booing got old in a hurry.

The Packers needed weapons to help future Hall of Fame quarterback Aaron Rodgers. Instead, they drafted his replacement. Utah State quarterback Jordan Love is an intriguing prospect, but how does he fit in Green Bay as long as Rodgers is there?

Henry Ruggs III looks like the real deal, but Ohio State cornerback Damon Arnette was a reach. The rest of the Raiders’ draft was just as confusing, as the silver and black loaded up on question marks and players of uncertain athleticism.

If this was anyone but New England, we would have classified them in the “loser” category. However, the Pats’ regime has earned our “wait and see” respect. But, the whole draft without a quarterback?

The J…E…T…S Jets, Jets, Jets finished last season with the worst roster in football. Their draft choices will need significant development. Mekhi Becton is an intriguing prospect and should stabilize the left tackle spot.

Philadelphia’s Round Two selection of QB Jalen Hurts is still making waves. Hurts could be QB1 for several teams right now, so talent isn’t the issue. But the Eagles just invited a quarterback controversy if Wentz slumps or gets hurt.

The 2020 NFL Draft is the official kickoff event for the 2010/2021 season. Will there be that season? Watch this space for news as it breaks.