The Art of Butter Carving 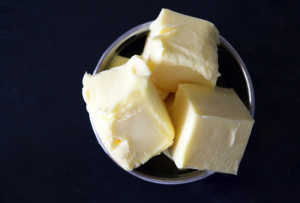 So much more than just butter, an artist’s raw material.

Butter carving is a staple of many state fairs, with the first being done in 1903. There’s even a movie about butter carving at the Iowa state fair aptly called “Butter,” starring Jennifer Garner. However, the art of butter carving is actually ancient. In ancient Tibet, Buddhists would mix yak butter with dye to make “tormas” for the Tibetan New Year. During the Renaissance, carving all kinds of food was popular, including butter. The first recorded butter sculpture from Europe comes from Bartolomeo Scappi, a cook for the Pope. He made several butter sculptures, including a scene of Hercules wrestling with a lion.

Modern butter carving, which focuses on a sculptor’s skill, began in 1876. Caroline Shawk Brooks created an impressive relief she called “Dreaming Iolanthe.” She used straw from brooms and cedar sticks. Brooks was experienced with butter portraits; since 1867, she had been doing portraits for locals. Since she was responsible for churning butter and selling it, she decided that carving it into shapes like animals, seashells, and portraits would make her butter special. Instead of molds, she carved by hand, and people would commission sculptures. She traveled with “Dreaming Iolanthe” to various fairs and eventually ended up in Philadelphia, where the New York Times praised it. Brooks kept touring and carving other sculptures, including a bust of Napoleon, and moved to Washington D.C. where she kept carving. Her work helped inspire other female artists to tackle butter as a medium, and earn them respect, since butter-making and butter-carving had for so long been dismissed as “woman’s work.” 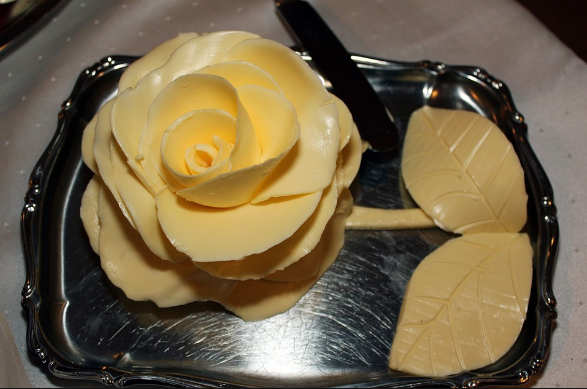 A rose sculpted in butter.

During the 1930’s, butter carving became very popular after refrigeration improved. However, the Great Depression and WWII resulted in butter shortages, so it wasn’t until after the war that corporate dairies began giving scholarships out to artists to carve sculptures to show at fairs. Norma “Duffy” Lyon was one of the most famous sculptors, and would carve a butter cow every year for Iowa’s fair from 1957 to 2006. The cow used enough butter for 19,200 pieces of toast! In 1999, she carved a life-size version of Leonardo da Vinci’s “The Last Supper.” The title of the world’s largest butter sculpture, however, belongs to France, where in 2015, artists built a landscape of the country that weighed 2,300 pounds. 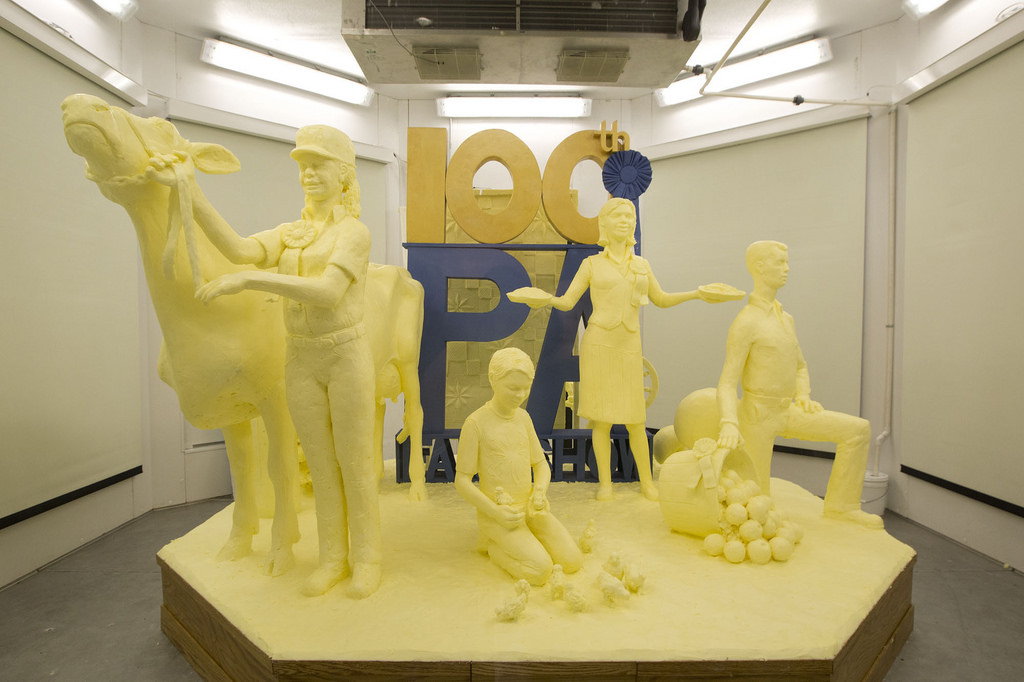 How do artists prevent their sculptures from melting? In the old days, the sculptures would be placed over bowls of ice that would need frequent refilling. Today, sculptors have special refrigerated rooms where the final product is displayed. Jim Victor and Marie Pelton, who work as a duo, even have a custom-made mobile booth made with refrigeration, so they can travel far and wide and sculpt. They were the artists behind a butter sculpture in 2016 that used 1,000 pounds of butter and took ten days to sculpt. When the fair was over, the butter went to a dairy operation that uses a methane digester to provide energy to the farm. Usually, the butter used for sculptures is past its expiration, so it would just be thrown out anyway. This is good news for people who worry about all that butter going to waste.