The Beauty of Santa Barbara

This summer I visited the town of Santa Barbara, and I must say it is one of the most beautiful places in California, if not the United States. Red tile roofs, a warm sunny climate, and pristine beaches along the sparkling Pacific Ocean against a backdrop of the Santa Ynez mountains make the beauty of Santa Barbara mesmerizing and a place you will never forget.

People have been living in what is now known as Santa Barbara for thousands of years. Ancient artifacts were found along the Santa Barbara coast in the late 20th century, evidence of human habitation dating back more than 13,000 years. At the time of the first European exploration, as many as 10,000 Chumash Indians called Santa Barbara home.

The first permanent European settlers of Santa Barbara were Spanish missionaries. These missionaries constructed the famous Mission Santa Barbara, and the iconic red tile roofs of the city were inspired by architecture from this time period. In the early 19th century, Mexico was in control of the region, and aspects of Mexican culture such as delicious Mexican cuisine are common throughout the city. 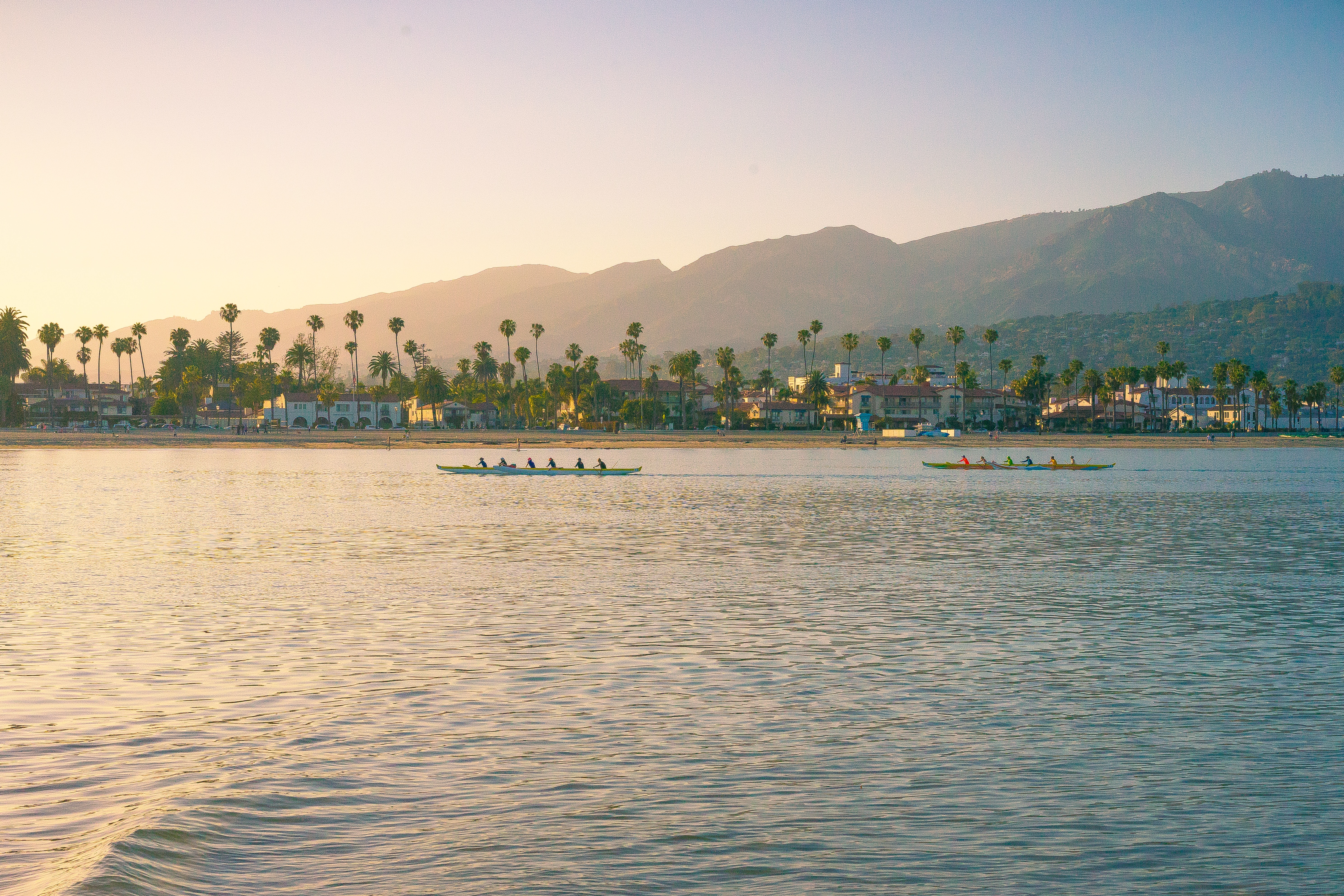 The beauty of Santa Barbara, California

What to do in Santa Barbara

One of the most famous areas in Santa Barbara is State Street. State Street is lined with a variety of shops and stores, ranging from high end fashion to classics like H&M. There are countless delicious restaurants and bars, and the street is alive with dancing at clubs throughout the night.

Perhaps the best part that highlights the beauty of Santa Barbara is the amount of different things you can do on a single day. I started my morning with a rigorous hike through the Santa Ynez Mountains. For lunch I walked to the beach, and enjoyed swimming in the ocean and tanning on the soft sand. I then took to State Street for an evening of shopping, eating, and barhopping later on in the night.

To top it all off, Santa Barbara’s unusual south-facing coastline (as opposed to the typical west-facing coasts of California and the Pacific Northwest)  makes for a unique and beautiful sunset.

You can’t argue with beauty, and Santa Barbara has got it. The next time you are in Southern California, make sure not to miss the beauty of Santa Barbara and add it on your itinerary. You wont regret it!

Tom is an aspiring law student with a B.A. in Political Science and a minor in Computer Science. He loves travelling and photography.