If you love American history, it’s hard to beat a good book on a president. The best presidential biographies bring to life both the men and the world they lived in, so you really feel like you’ve gotten a clear glimpse into the past. America has had 45 presidents (technically 44 men have served in the role, because of Grover Cleveland and his non-consecutive wins) and all of them have biographies, but which ones are worth reading?

Winner of the 2011 Pulitzer for Biography, this book follows the life of George Washington from his early years, role as a general during the Revolutionary war, and work as the first President of a new nation. If you think you know Washington, you’ll probably find new information thanks to Chernow’s dedicated research. The most notable thing about this book is how good Chernow is at bringing Washington to life. People from the past often become wooden in our minds, and we don’t get a real sense of who they were as human beings. In their review, the New York Times says that people who read Washington will “finish the book feeling as if they actually spent time” with the figures described.

McCullough is famous for his biographies and John Adams might just be his best. It won a Pulitzer and inspired an award-winning HBO series starring Paul Giamatti. John Adams became president at a very precarious time in history. Without his efforts, we might have ended up in another war. He was unpopular during his time, but unwavering. The book also explores his passionate marriage with his wife Abigail Adams, so readers get both the political and personal side of Adams.

Destiny of the Republic: A Tale of Madness, Medicine, and the Murder of a President

If most biographies feel really boring to you, check out this one. Millard proves that the best presidential biographies don’t need to be dry as she explores the story of President James Garfield. Born into poverty, Garfield attained the most powerful political position in the world through his genius. After just four months, however, a crazed man shot Garfield in the back. He survived, but endured experimental medical treatments and betrayals all around him. Most of us have some idea about Garfield being assassinated, but we have no idea about the whole story. Destiny of the Republic reveals just how interesting and exciting it all was. 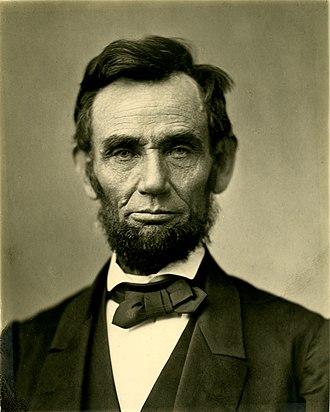 The Political Genius of Abraham Lincoln

No list of best presidential biographies would be complete without a book about Abraham Lincoln. Doris Kearns Goodwin, one of the country’s most popular historians, focuses on Lincoln’s unlikely success story, including his ability to communicate with everyone. This book gives readers a close look into how Lincoln worked, revealing just how turbulent and complex the era was. If you’ve ever wondered why Lincoln is considered one of America’s best presidents – if not the best – this is the book to read.

The Rise of Theodore Roosevelt

The recently-passed Edmund Morris might be best known for his controversial Reagan biography, but it’s his Roosevelt trilogy that really shows his skills. The first book – The Rise of Theodore Roosevelt – won the 1980 Pulitzer for Biography and covers Roosevelt’s early years before the presidency. It’s a huge read at over 900 pages, so settle in.

The Best Alternatives to Cable and Satellite

Why Science Communication is Important?