Are we going to hear criticism for this? Oh, yes. Do we care? Well, a little but it isn’t going to stop us. Today, your TV-loving friends at Gildshire open a can of worms with our eyes wide open. We have compiled a list of the best 100 television shows of all time.

How did we choose the inhabitants of our list? First, a careful examination of similar lists created by television professionals. Next, we added up the raw rating numbers, but with a caveat. You really can’t give equal weight to a show that aired when there were only three channels available via rabbit ears. Finally, we broke ties the way Gildshire always breaks ties. In other words, talking over each other on a conference call.

Is your favorite on the list? The forecast is for “probably”, with a 40% chance of maybe. At any rate, prepare to be entertained by our list of top television entertainment since the television genre came to be. (Somehow it feels like our list should be sponsored by Calgon.) We begin with the ones that barely made the list. This is where the best arguments are found.

Number 100: Desperate Housewives: Airing from 2004-2012, this was supposed to be Sex and the City after the girls grew up and moved to the suburbs to be unhappy. The show took a darker turn when early previews were met with mixed responses. Top-Rated Episode: Season Three’s “Bang.” The day begins just like every other… Except for today, there will be a deadly hostage situation in a local supermarket. 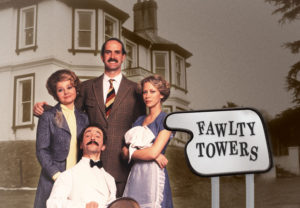 Number 99: Fawlty Towers: Airing from 1975-1979, this comedy from Michael Palin had a basis in reality. He was inspired by a real hotel in which he stayed while filming “Monty Python’s Flying Circus.”  The real hotel, the Gleneagles in Devon, closed in March of 2015. Top-Rated Episode: Season Five’s “The Psychiatrist.” Confusion arises when Basil tries to catch a girl in a playboy’s room after hours, all the while unnerved by a psychiatrist’s presence. 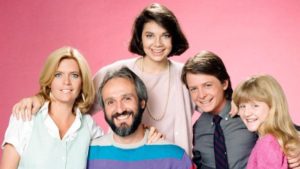 Number 98: Family Ties: Airing from 1982-1989, there could scarcely be a show that better-epitomized the 80s. Flower children parents raising Reagan-era children. This was Michael J. Fox’s breakout role, but he almost didn’t get the part. Ferris Buehler’s Matthew Broderick was almost selected. Top-Rated Episode: Season Six’s “American Family.” Lauren is writing a paper on the family unit and uses the Keatons as an example. With Lauren’s questions, the family reminiscences about the events that help demonstrate the answers. 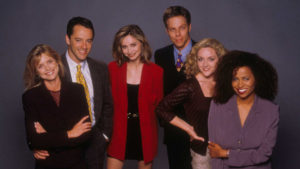 Number 97: Ally McBeal: Airing from 1997-2002, this law office drama had plenty of comedic moments, as well. Not even the execs at Fox expected much of this show, but it performed admirably nonetheless. It was genre-bending and gender-bending, all at once. Top-Rated Episode: Season Three’s “Boy Next Door.” During his summation, Billy collapses and is rushed to the hospital. Ally goes back to the firm and informs the members of the firm of Billy’s death.

Number 96: Everybody Loves Raymond: Airing from 1996-2005, this blue-collar family sit-com had plenty of excellent interactions between members of the cast. *Trivia Note* Star Ray Romano hated the title and asked that it be changed. His request was, obviously, denied. Top-Rated Episode: Season Ten’s “Favors.” Debra accidentally throws out Ray’s letter from Muhammad Ali and Marie takes the blame for it. 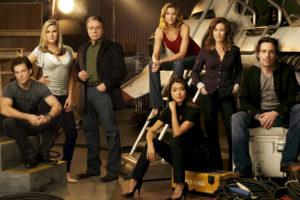 Number 95: Battlestar Galactica: Airing from 2004-2009, this was perhaps the most-hyped space show that didn’t star William Shatner. Some would say it is time we got to a science fiction show. Top-Rated Episode: Season Six’s “The Oath.” The Fleet refuses to cooperate with Cylon engineers and Adama decides to put an end to it. 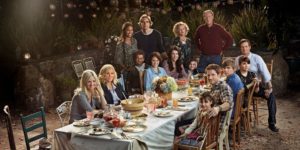 Number 94: Parenthood: Airing from 2010 -2015, this family drama was loosely based on Ron Howard’s film of the same name. It dealt with the lives and loves of the Braverman family tree. Top-Rated Episode: Season Six’s “May God Bless and Keep You Always.” Hank and Sarah’s wedding finally arrives. Amber receives help from her grandparents. Joel and Julia get a surprising phone call. Crosby and Adam come to an understanding concerning the Luncheonette. 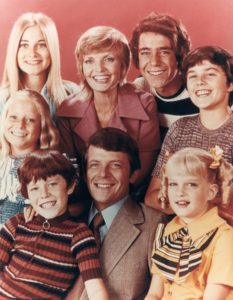 Number 93: The Brady Bunch: Airing from 1969-1974, this was groundbreaking stuff in that it dealt with a blended family. It was also a touchstone show for an entire generation. Top-Rated Episode: Season Four’s “The Fender Benders.” Carol’s minor parking lot accident turns into a nightmare when the other driver claims it was her fault, exaggerates his damages, and then takes her to court. 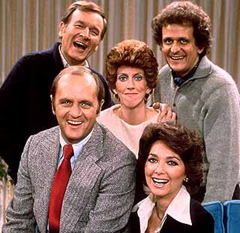 Number 92: The Bob Newhart Show: Airing from 1972-1978, this vehicle for stand-up veteran Bob Newhart turned into an entertaining show with a number of excellent characters. Newhart played a psychiatrist who dealt with many off-the-wall patients. Top-Rated Episode: Season Four’s “Over the River and Through the Woods.” With Emily out of town, Bob spends Thanksgiving with Jerry and Mr. Carlin watching a football game. They proceed to get drunk and try to order Moo Goo Gai Pan from a Chinese restaurant for dinner. 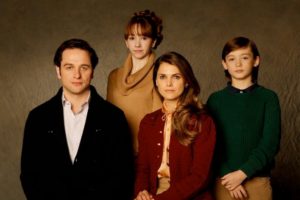 Number 91: The Americans: Airing from 2013-2018, this show did for the Cold War what Family Ties did for families in the same era. Philip and Elizabeth are just like your neighbors, except that they are spies for the Soviet Union during the tensest times for the U.S. and the Soviets. Top-Rated Episode: Season Six’s “Start.” The Jennings family face a choice that will change their lives forever. 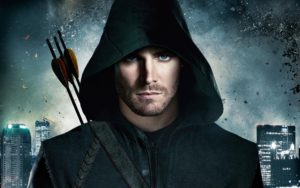 Number 90: Arrow: Airing from 2012 to the present, this show about a stripped down superhero (not stripped down as in naked. Stripped down as in weaponry.) has caught a lot of experts by surprise, as it continues to grow in popularity. Top-Rated Episode: Season Five’s “Lian Yu.” Oliver assembles a group of unlikely allies – Slade, Nyssa, Merlyn, and Digger Harkness – to engage in an epic battle against Chase and his army.

Are we off to a good start, or are we already out of our minds. Stay tuned as the series continues.