Home » Our World » The Birth of American Independence

Fireworks, BBQ, and long weekends are a staple in the celebration of the birth of American independence for many Americans. But where did these traditions begin and what is the significance of this date? The historical significance of this day dates back to 1776 when the thirteen original colonies declared independence from British rule, creating the beginnings of an independent nation. Though the Continental Congress voted for independence of July 2nd, it was not until the 4th that the Declaration of Independence as we now know it was adopted.

This means that from 1776 to the present day, July 4th has been celebrated as the birth of American Independence. It is doubtful that Thomas Jefferson knew that the document he drafted would be so celebrated hundreds of years later. At least not in the ways that are typical in current times. 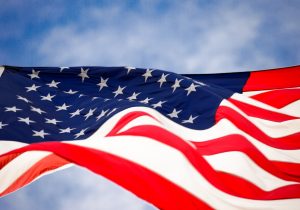 The Birth of American Independence: Happy 4th of July!

So how does America celebrate Independence Day?

In the earliest of times, 1776 to be exact, the colonists celebrated their new independence by holding mock funerals for King George II who ruled Great Britain. Also, concerts, bonfires, parades, and the firing of cannons were typically followed by a reading of the Declaration of Independence. In 1777, while Congress was occupied with the ongoing war, George Washington helped his soldiers celebrate by issuing double rations of rum. By 1781, Massachusetts became the first state to make Independence Day an official state holiday. Each of these old traditions has opened the door to new traditions of spending time with family, watching parades, and enjoying a day filled with the right to do whatever is legal because years ago others fought for such freedom. Independence Day is a holiday meant to celebrate the unity of Americans and the right to be free.

So as the parade begins or as darkness falls and an amazing display of fireworks lights up the sky, take a second to be thankful that such events are possible in a country that had to fight for such independence many years ago. Most of all, celebrate responsibly and safely this year, yet freely as that is what this holiday is all about: independence.

Celebrating Independence Day in the Midst of a Pandemic