People have waited 20 years for this. The marketing budget is over $10 million. News outlets and blogs are hyping it up. No, it’s not a long-waited sequel to a hit movie. It’s the Cosmic Crisp apple, which both apple growers and grocery stores hope will be the next big hit in the fruit world. What makes this apple special?

Before we get into the Cosmic Crisp apple, let’s take a stroll down memory lane. The Honeycrisp apple was the last apple to make a big splash. Developed at the University of Minnesota, it took 30 years to perfect. In 1992, it hit stores, but it wasn’t until 2007 that it really took off. People loved the subtle coloring and cute round shape, but most of all, they loved that sweet, clean crispness. That’s thanks to the cells in the apple, which are actually bred to be bigger than other apple’s cells. That bigger size makes the apple crisper and juicier. 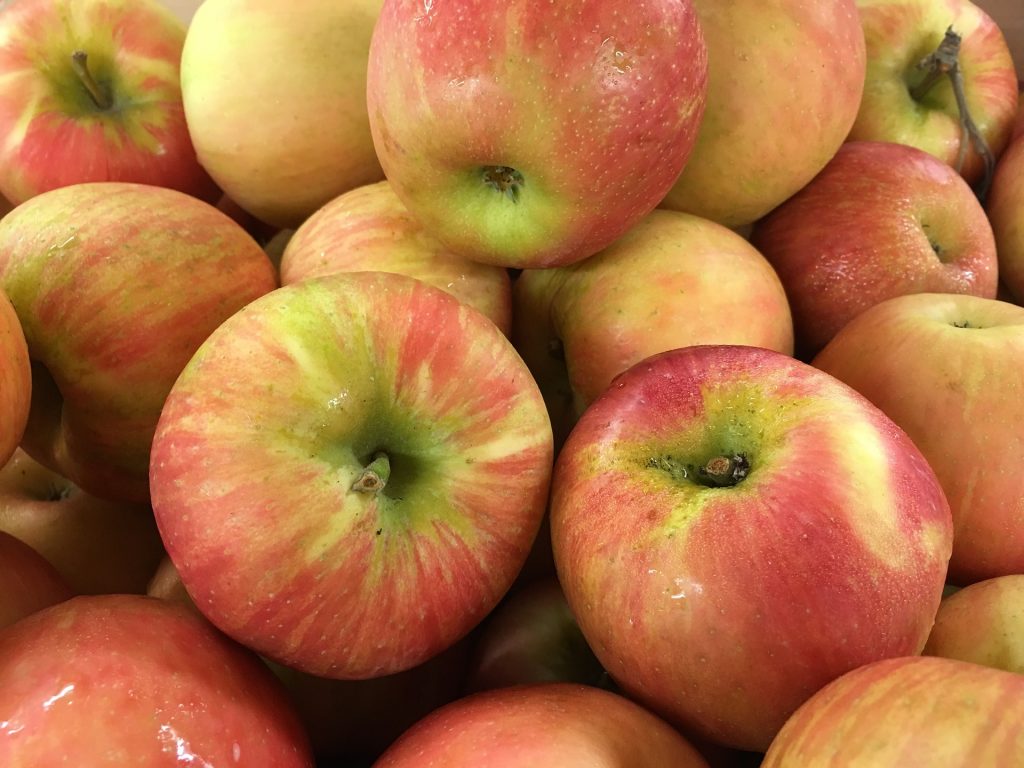 Designing the next big apple

Anticipating Honeycrisp’s success, Washington State University began breeding in 1997. Washington is apple country, with 174,000 acres of orchards that export to 60 countries. Scientists decided to use Honeycrisp and Enterprise as their apple’s parents, eventually crafting a new seed. The apples that came from those seeds were rated on their crispness, firmness, sweetness, tartness, and so on. The apple known as WA-38, or the Cosmic Crisp, made everyone happy. It gets its name from the almost star-like pattern on its dark red skin. It’s sweet, like the Honeycrisp, but hardier like the Enterprise. The goal was to create an apple that possesses the best qualities of each parent. It took 20 years, so compared to Honeycrisp, scientists actually made good time.

Learning to grow the Cosmic Crisp

Cosmic Crisp trees take three years to produce a crop and we’re just about to get our first batch starting in December. Growers planted 12 million Cosmic Crisp trees. However, every apple variety is different, which means growers had to study their new moneymaker carefully. That includes making sure the soil is fertilized properly, so trees don’t grow without fruit, and knowing about how the apple matures. Before the harvest, a research commission at Washington State University actually taught the growers about Cosmic Crisp maturation. Growers need to use an iodine solution spray to identify how much starch has turned into sugar. The spray turns sugars dark, and if there’s too little or too much sugar, it affects how well the apple stores.

By December, 450,000 boxes each packed with 40 pounds of apples will be ready for sale. By 2020, that number will skyrocket to 2 million boxes. Washington apple growers have the exclusive right to sell for the next decade. Considering the value of Washington apples is about $2.5 billion every year, this is a big deal. That’s why the marketing budget for the Cosmic Crisp apple is so high. To do well, people need to know about the apple and want to buy it. The apple will hit stores just in time for holiday baking, but because of its genes, it can also last a long time in storage without losing its crispness.

If you love to pick your own apples, check out this list of the best apple-picking in the United States.

The Fascinating City of Gentle People