Home » Our World » The Covid-19 Virus Has Calmed the Earth

I’ve come to talk with you again

Because a vision softly creeping

Left its seeds while I was sleeping

And the vision that was planted in my brain

Within the sound of silence…”

Who knew that a mere 56 years after Simon and Garfunkel’s hit lyrics were released on the album, “Disturbed,” that the Covid-19 virus, an event beyond human control, caused us to hear, literally, the sound of silence?

The Silence of the Sphere

With roughly 1/3 of the planet’s population on lockdown, the Earth has gone still. So still that the Earth has, for lack of a better term, relaxed. Far from the interpersonal communication message behind the Simon and Garfunkel song, this is science. Reduced activity on the surface of the Earth has reduced seismic activity in the crust.

You see, everyday human-powered movements add to seismic noise. Factory engines starting up for a day of production, trucks thundering down the highway, and a train rumbling into the station. Individually, barely significant. Together they form a sub-blanket of high-frequency noise that makes it difficult for trained seismologists to detect signals at almost the same frequency. These would include volcanoes or the aftershocks of a random earthquake.

Many of these movements are on pause due to the coronavirus pandemic, so researchers are observing fewer seismic noises. Experts at Brussels’ Royal Observatory of Belgium noticed man-made vibrations dropping by about 32% after that city introduced Covid-19 containment measures.

Seismologists spanning the globe are seeing the same thing. Stephen Hicks, a faculty member of the Department of Earth Science and Engineering (DESE) at Imperial College in London, posted a graph that shows far lower mean seismic noise levels in the U.K. following stay-at-home containment measures. Meanwhile, across the pond from the U.K., Celeste Labedz, a geophysicist at Cal Tech, reported a marked lower seismic noise level in the Los Angeles Basin.

The “noise recess,” if you will, may allow scientists to detect minute shifts in the mechanics of the Earth. Researchers who use the “thud” of crashing ocean waves to predict certain volcanic behaviors will be able to hear. Those who measure an earthquake’s epicenter through triangulation can precisely locate it. Indeed, some scientists believe the Covid-19 virus, and our reaction to it could lead to a geologic boon.

There has been very little in the way of positive outcomes to the coronavirus crisis. For sure, it is hard to extrapolate “good” when one in 57 of us has the disease. But, the sight of the City of Angels without its crusty brown sky has been pleasant. 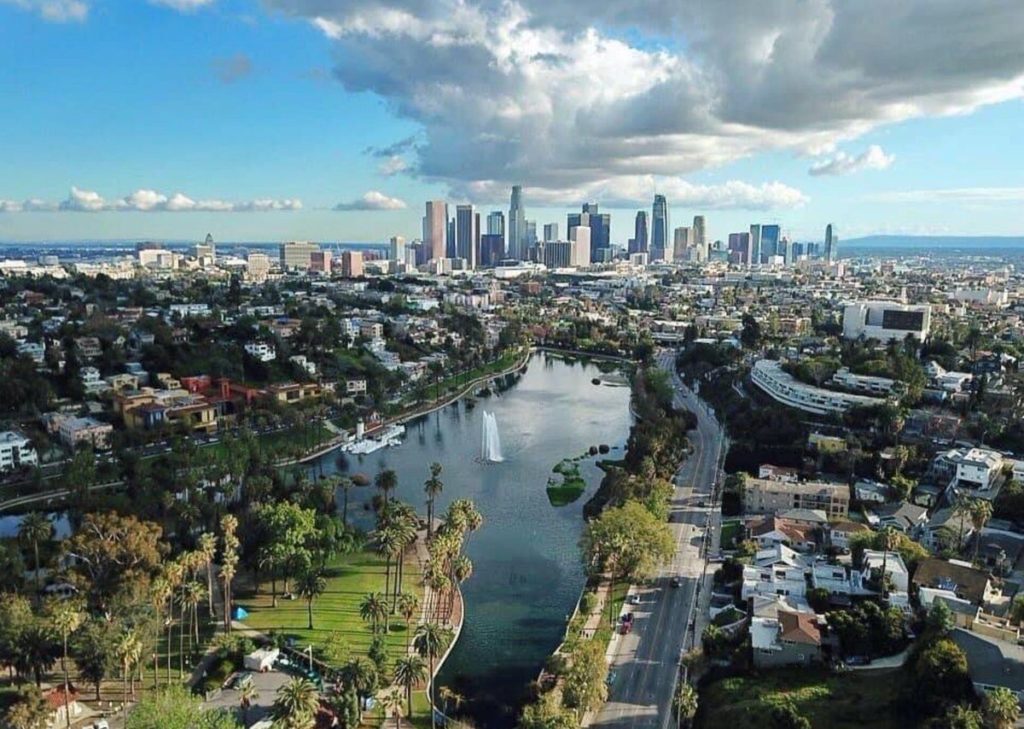 The Covid-19 virus has rendered the air in Los Angeles a cerulean blue.

Now, to better understand the workings of the Earth would be a boon, indeed. Small surprises and minute gains. This is not the season to take those for granted. Perhaps, once again, Paul and Art said it best:

“And in the naked light I saw

And no one dared

Disturb the sound of silence.”

Maybe, post-the Covid-19 virus, we will have learned to speak to one another, and listen to Mother Earth. Gildshire hopes that is the case.

How to Avoid Distractions When Studying?