Recently, Harley-Davidson announced a plan to come out of its long-inhabited comfort zone. That’s a good thing. It is also an exciting thing for future customers, as well as those of us who write about bikes. In fact, Gildshire is anxious to learn what the Milwaukee-based bike shop has in mind for future products. One model name the company floated is the Pan America, to be released for the 2021 model year. But, there is a problem in the communication realm. A year-plus after showing us the bike, we know almost nothing about it. Finally, this week, the manufacturer offered some detailed info. So, here is what Gildshire knows about the new Harley-Davidson Pan America.

Here is a picture. The look isn’t for everyone. In fact, it is polarizing. Not Tesla truck polarizing, but polarizing none the less. Actually, Harley-Davidson is secretly pleased that the looks are polarizing because it means people are talking about it. The design is in stark contrast from the Harley that you know. 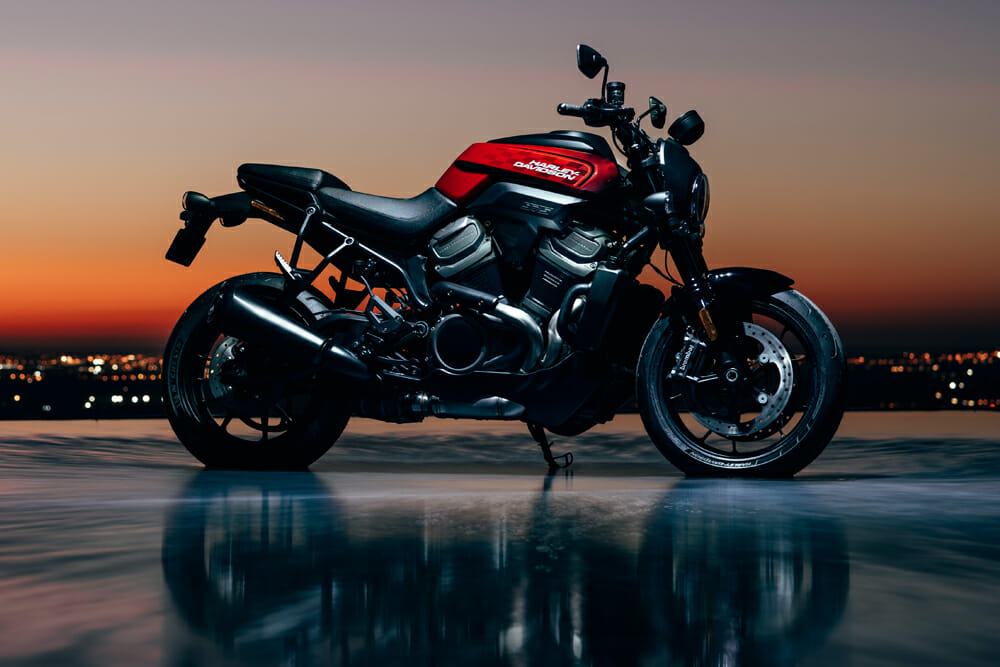 The Harley-Davidson Pan America will be on sale for the 2021 model year.

I think I kind of…like it?

That was Gildshire’s first, or at least second, take, as well. It’s different, but haven’t we been saying for years that Harley-Davidson could use something different in their stable?

The 1,250cc will power the Pan America. There is a smaller V-twin Revolution engine, with 975cc displacement, but it will drive the Bronx Street Fighter. Harley says the bigger powerhouse will produce a minimum of 145 horsepower and 90 lb-ft of torque.

What are some other things to know about the new bike?

Harley joined Brembo to develop a new monobloc four-piston caliper for the Pan America. A new Michelin tire, built for the Harley-Davidson Pan America, is part of the new bike, too.

How much does it weigh?

Ah, there now. You have arrived at a point of concern for everyone who pictures themselves atop the Pan America for an adventure ride. You see, Harley-Davidson has never concerned itself with pounds. The Harley you see at the intersection tomorrow is heavy! We know that, and the rider knew that when he bought it. In a way, it has always been part of the charm. But with an adventure motorcycle, weight takes on added importance. It will make a huge perception difference bikers have of the machine. Harley shows us pictures of the Pan America off-roading. How is that not creating an expectation that the P.A. bike will be an agile adventurer?

I guess I’ll just ask again. How much does it weigh?

We believe Harley is trying to drop some weight before announcing the official specs. There isn’t another logical explanation for why they haven’t released such a basic, and easy to calculate, specification.

What else do we not know about this motorcycle?

Yet to be announced: gas tank size, suspension travel, saddle height, accessories, and pricing. Expect to know about those things at the end of next summer. That’s when Harley likes to release news.

Okay, I want to expect great things, so I guess I will. But a ton of questions needs answers.

The adventure biking public is not a patient lot. Hopefully, the Harley-Davidson Pan America will make their dreams come true, and their nightmares abate.

The Most Wonderful Time Of The Year: Holiday Party Themes