Dogs are probably humans’ oldest animal companions. Breeding began 4,000 years ago when humans realized dogs could be used for hunting or just companionship. While dog-breeding was originally intended for behavior, it shifted to appearance when dog shows became popular around 200 years ago. Certain breeds had to look a certain way. The only way to breed this way was to breed within a smaller gene pool. Unfortunately, that practice means inbreeding can happen, even when breeders are careful. The result: the health issues of purebred dogs.

Those flat pug noses? Respiratory problems. Short legs for corgis and dachshunds? Back problems and obesity. These are just a few of the health problems purebred dogs face. Other consequences include the risk of cancer, tumors, heart disease, seizures, and weakened immune systems. It makes sense, logically. A lot of those conditions are genetic, and when dogs are bred in a small gene pool, those defects pop up frequently.

So what’s the alternative to buying a purebred pup?

Rescues. There are millions of dogs who are waiting for homes. It’s also more affordable than buying an expensive purebred, and mixed dogs typically don’t have those pricey genetic conditions. 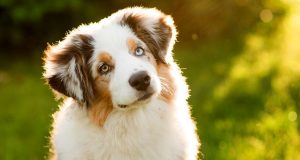 If you bought a purebred dog or want a purebred, don’t feel ashamed. Good breeders do test for genetic diseases and try to keep the gene pool large enough to prevent them, and there are risks with rescue dogs, especially when it comes to behavior. Purebreed dogs are bred not only for looks but for predictable behaviors. Many people choose specific purebred dogs because they know they’re good with children, easy to train, and so on. Some people prefer breeds like Pitbulls, which are best bought from breeders, there are many pitbull puppies for sale on the market, but you must do your research before purchasing a puppy, especially a breed such as the pitbull. Even breeders can make mistakes, though.

Many purebred dogs who don’t meet breed appearance “standards” are given to shelters, so even if you really want a purebred dog, you can still look into rescues. If you’re a dog lover, at least consider adopting a rescue.

Find adoptable dogs from shelters at websites such as ASPCA, The Shelter Pet Project

Are You Stuck in Superficial Friendships?