The Kia Optima Gets a Stylish Look for 2021

Artist rendering of the Kia Optima in 2021 trim.

Lately, Kia Motors Worldwide hasn’t had much to say about their sedans and coupes. The new Telluride is all over the television with its combination of luxury, guts, and glory. An all-new Sorento is being teased, while the next-gen Mohave (we still think it should be spelled like the desert) was recently spotted by a spy camera. So, the company is busy with its new higher-end products. Quietly, they are dealing with a new look for the Kia Optima that will debut in the 2021 model year. When Gildshire heard about this, we wanted to know more. Motor1 helped with the research.

We were a little surprised about the makeover plans for the Kia Optima (seen above in 2019 trim) since this generation of the successful model is just four years old. But, Kia’s tests on a new one are taking place near the company’s South Korea headquarters. The Optima’s cousin from Hyundai, the Sonata, is being wrung out at the same testing facility. Some details are still under wraps.

Here is what we know so far. 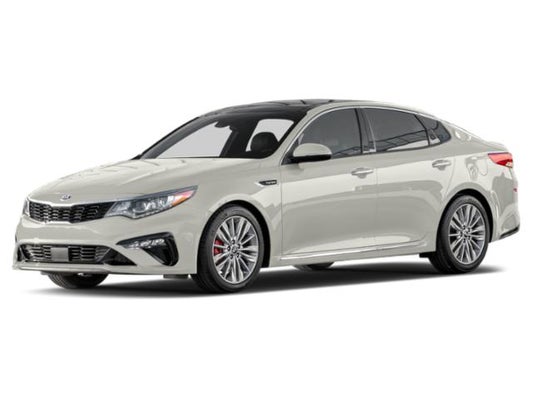 The 2021 Optima will sport a new front and rear fascia. Ceed-inspired headlights pair with the full-width LED taillight bar that’s proved popular with automakers. Spy shots revealed side mirrors placed lower on the doors instead of next to the A-pillars. That’s a move that should reduce wind noise and improve aerodynamics. Designer Byungchul Juh, said a few days ago the Kia Optima for 2020 represents the first step towards a completely fresh design approach.

Here is where things get mysterious.

While we don’t know how that will play out in the real world, we can expect the Optima’s differences from the Sonata to be more obvious than they are today. In other words, don’t expect the new Optima to look like the Hyundai. Per the design chief, it will be “young, challenging and cool. Even cooler than before.”

What about the inside?

It is unclear how the interior will be transformed for the Kia Optima circa 2021, but sources say the dashboard design will look similar to the one in the Telluride’s cabin. We think the 2.5T Optima will come with an optional all-wheel drive and a dual-clutch, eight-speed automatic transmission to boost the car’s appeal. Albeit some changes will be made to make it more appropriate for a sedan.

The U.S.-spec Optima should be here by mid-2020, with the model year 2021 tag. It will come to our shores with a choice of two turbocharged engines. There will be a 1.6-liter four offered in two states of tune, and a new 2.5-liter unit that we are told will deliver 286 horses. We think the 2.5-liter turbo Optima will come with an optional all-wheel drive and a dual-clutch, eight-speed automatic transmission.

The Kia Optima is a staple of the American interstate with styling that briefly catches the eye if not grabs you and drags you to the nearest dealership. Will the next generation go a step further? If the renderings Gildshire has seen are any indication, it just might.

Video Games: What We Know About The “Death Stranding” Game